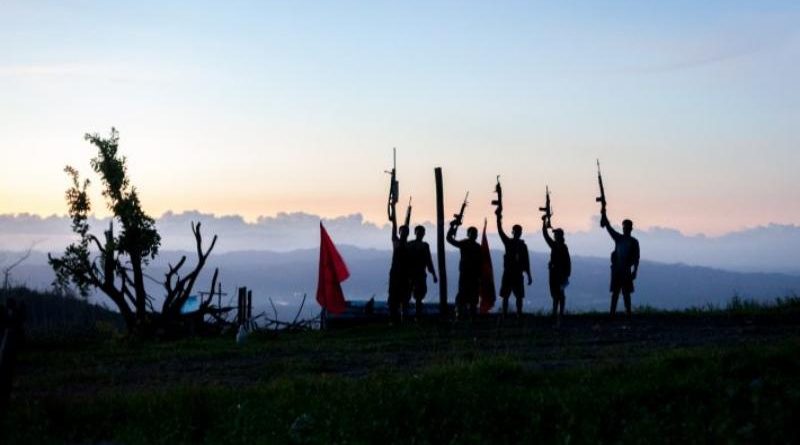 The revolutionary forces under the leadership of the Communist Party of the Philippines (CPP) and allied with the National Democratic Front of the Philippines (NDFP) reject local peace negotiations being pushed by local bureaucrats and military officials and supported by GRP president himself.

Mayor Sara Duterte of Davao City recently created a Davao City Peace Committee supposedly to negotiate with local forces of the New People’s Army (NPA). Similar efforts by the 8th ID in Eastern Visayas have been reported. Yesterday, GRP President Duterte expressed support for such efforts and called on NPA Red fighters to surrender with promises of housing and jobs.

Duterte’s local peace talks will surely fail in its aim of dividing the revolutionary forces waging a nationwide people’s war. The Duterte regime is wasting time and the people’s money in setting-up these useless local peace committees which will go nowhere and achieve nothing. These are mere rehashes of worn-out psywar surrender programs such as the “balik-baril program” and the Comprehensive Local Integration Program (CLIP) riding on the popular clamor for peace talks.

The entire NPA is united under the central leadership of the CPP. The Party and all units of the NPA support the Negotiating Panel of the NDFP in its representation of all revolutionary forces in negotiations with the GRP with the aim of forging agreements to settle the outstanding socio-economic and political questions that compel the people to wage armed struggle.

By pushing for local peace talks and enticing the surrender of NPA fighters with silly incentives, Duterte reveals himself to have a very shallow appreciation of the profound social problems which are at the root of the raging civil war in the Philippines.

While waging nationwide armed struggle to confront Duterte’s “full-scale” all-out war and resist its fascist attacks against the people, the Party and all revolutionary forces reiterate its call for the resumption of the 5th round of the NDFP-GRP peace negotiations in order to pursue discussions on the release of all political prisoners and the Comprehensive Agreement on Socio-Economic Reforms (CASER).