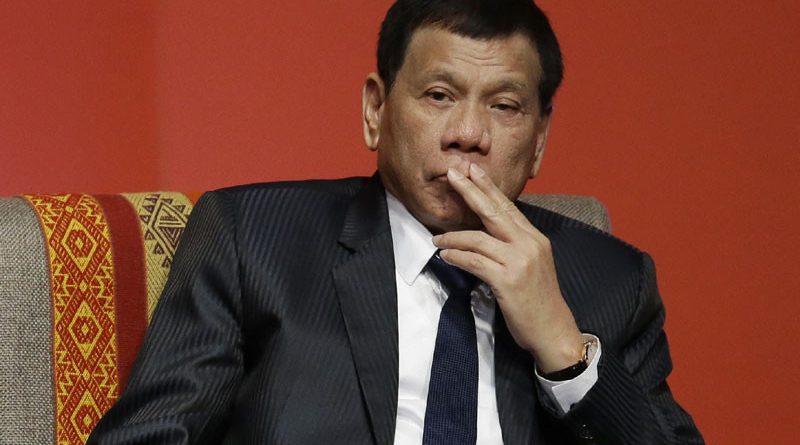 GRP President Duterte was quoted by news reports yesterday saying he was open or not averse to resuming peace talks with the NDFP.

As the Party and NDFP has often stated, it is the policy of the revolutionary forces to remain open to peace negotiations with any ruling regime that expresses willingness to seriously discuss the roots of the armed conflict in accordance with previously agreed principles and procedures as stipulated in The Hague Declaration.

Thus, the NDFP-GRP peace negotiations can resume if Duterte will drop his earlier precondition of a bilateral ceasefire which became the single biggest factor which terminated the talks. The ball is still in Duterte’s hands.

Clearly, Duterte is resurrecting talks of peace negotiations as part of his damage control measures in the face of the increasing isolation of his regime. Duterte is widely blamed for terminating the NDFP-GRP negotiations because of his stubborn insistence to toe the US line of using peace talks as an instrument for the pacification and capitulation of the revolutionary forces.

While open to resuming peace talks with the Duterte regime, revolutionary forces are no longer hopeful that anything substantive will come out of it in the face of Duterte’s subservience to the interests of US imperialism and other big foreign capitalist countries.

How can negotiations on socio-economic questions go anywhere when Duterte zealously implements neoliberal policies and pushes for such anti-people policies as the Compressed Work Week or 12-hour workday, removal of restriction on foreign ownership of public utilities, debt-driven infrastructure projects and others?

What will come out of negotiations on political and constitutional reforms considering Duterte’s all-out subservience to the US military and its counter-insurgency doctrine and aerial bombardment campaign in Marawi and other parts of the country? Duterte’s triple war violates the human rights agreement with impunity. He could not even fulfill his vow to release political prisoners now numbering more than 400.