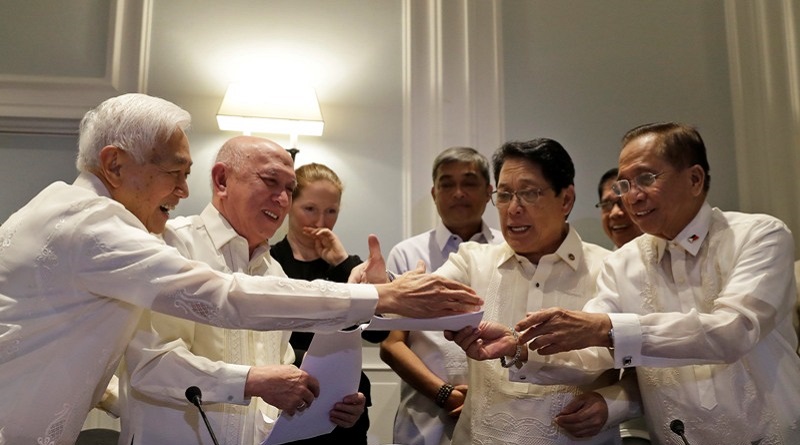 “We’ve said it before and we’ll say it again. The enabling environment most conducive to the GPH-NDFP peace negotiations is the buckling down to work in crafting a comprehensive agreement on substantial socio-economic reforms that will benefit the Filipino people and the adherence to human rights and international humanitarian laws including the release of all political prisoners, as promised by the Duterte government.”

This was the declaration of Alan Jazmines, vice-chairperson of the National Democratic Front of the Philippines’ Reciprocal Working Committee on Socio-Economic Reforms, amid the announcement of the Government of the Republic of the Philippines that back channel talks will soon be held to discuss the creation of an “enabling environment” for the resumption of the fifth round of the peace talks.

According to Jazmines, the backchannel talks are a welcome development for trying to break the current impasse in the GPH-NDFP peace talks caused by the suspension by the GPH of the talks’ fifth round which was scheduled May 27 to June 1.

He also said that the NDFP RWC-SER is looking forward to the bilateral teams’ meeting which aims to come up with a tentative common draft of the Comprehensive Agreement on Social and Economic Reforms (CASER) in order to accelerate negotations and complete the latter by the first quarter of 2018.

Jazmines highlighted the urgency to discuss and come up with an agreement on agrarian reform and rural development. He said that in Hacienda Luisita in Tarlac, Hacienda Roxas in Batangas, Central Luzon, Negros, the Cordillera, and Mindanao, farmers continue to engage in land struggles to defend their right to the land that they are tilling.

He continued, “The achievement of the third round of the peace talks, the agreement on the principle of free land distribution by the NDFP and the GPH, will amount to nothing unless it is followed up by more concrete and substantive agreements.”

“We expect that there will be no more delays. The talks have already wasted so much time. We have done our assignment and will bring to the table concrete proposals on agrarian reform and rural development, national industrialization, protection of the environment. This is a clear path to take for a just and lasting peace,” Jazmines concluded.###