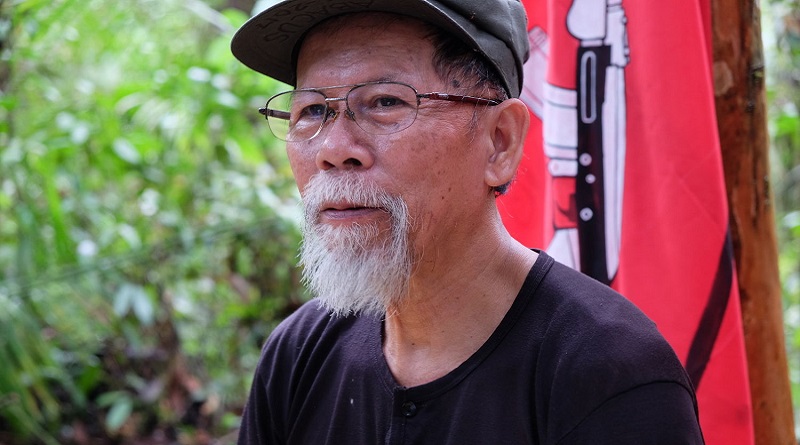 The August 28, 2016 unilateral declaration of interim ceasefire issued by the Central Committee of the CPP (CPP-CC) and the National Operations Command of the New People’s Army (NPA–NOC) is hereby terminated. The Negotiating Panel of the Government of the Republic of the Philippines (GRP) shall be given notice today of this termination by the Negotiating Panel of the National Democratic Front (NDFP).

With this declaration and notice, the August 28 unilateral ceasefire shall effectively expire on 11:59 p.m. of February 10.

We have decided to terminate the aforesaid unilateral declaration of interim ceasefire for the following reasons:

1. The GRP has not complied with its obligation to amnesty and release all political prisoners under the Comprehensive Agreement on Respect for Human Rights and International Humanitarian Law and the Joint Agreement on Safety and Immunity Guarantees as a matter of justice and in fulfillment of the promise of President Duterte.

The unilateral ceasefire declaration was issued on the mutual understanding with the GRP that such releases will take effect within 60 days of August 28. Such was the context why the GRP panel approached the NDFP towards the end of October seeking an extension of the CPP/NPA’s declaration with a promise that around 200 political prisoners were set to be released.

The Duterte regime failed to fulfill such obligation even though the CPP obliged it by extending the ceasefire declaration to more than 150 days.

2. The GRP has treacherously taken advantage of the unilateral declaration of interim ceasefire to encroach on the territory of the people’s democratic government.

Across 164 municipalites and 43 provinces, the GRP’s armed forces have occupied at least 500 barrios which are within the authority of the revolutionary government.

The suspension of military operations (SOMO) and suspension of police operations (SOPO) issued by the AFP and PNP as basis of the GRP’s unilateral declaration of interim ceasefire have served as license for its armed troops, police personnel, paramilitary units and death squads to engage in hostile actions, provocations or movements, surveillance and other offensive operations that are labelled as “peace and development”, “civil-military”, “peace and order”, “anti drugs campaign,” “medical missions” or “law enforcement.”

They have subjected entire barrios to their armed presence and have committed widespread violations of human rights, such as occupation of people’s homes, barangay halls, day care centers and other civilian structures. People have suffered threats, intimidations and harassments by AFP soldiers in their barrios. These “counter-insurgency” population and resource control have gravely affected the people’s farm productivity, commerce and overall livelihood.

In clear violation of the spirit of the reciprocal ceasefire declarations, the AFP has forward deployed its units against the NPA across the country. On January 21, a firefight broke out as the AFP waged offensive operations against an NPA platoon in Makilala, North Cotabato, resulting in eight soldiers killed. An NPA Red fighter was martyred.

Even as we terminate the unilateral declaration of interim ceasefire, we continue to support the GRP–NDFP peace negotiations within the framework of The Hague Joint Declaration of 1992. In our experience and in the experience of other peoples, it is possible to negotiate while fighting until the substantive agreements are forged to address the roots of the armed conflict and lay the basis for a just and lasting peace.

We oppose the use of interim ceasefires as basis for a protracted or indefinite ceasefire without substantial benefit for the people and their revolutionary forces and for laying aside peace negotiations on substantive issues such as social, economic and political reforms. Such is tantamount to the capitulation and pacification of the revolutionary people and forces.

From today until the expiration of the ceasefire declaration, all commands and units of the NPA, including the people’s militia and self-defense corps, are tasked to take initiative and more vigorously carry out active defense in order to defend the people and revolutionary forces.

Subsequent to the expiration of our unilateral ceasefire, all territorial and unit commands of the NPA are hereby ordered to take full initiative in planning, coordinating and carrying out military campaigns and tactical offensives against the reactionary Armed Forces of the Philippines (AFP), the Philippine National Police (PNP), the various paramilitary units and death squads of the Duterte government, drug traffickers and operators of the drug trade and large-scale gambling, private armies and private armed groups of warlords, local tyrants as well as spies.

The NPA will also continue to enforce policies and laws of the people’s democratic government, perform necessary and appropriate functions of governance, and mobilize the people and resources in territories under its authority. In particular, the NPA will enforce economic policies pertaining to land rent, usurious loans, wages, means of livelihood, provision of social services; as well as policies for the protection of the environment and defense of the interests of national minorities, peasants and workers affected by large-scale mining, logging and plantation operations.

Furthermore, as a cultural, political and service organization, the NPA will continue to dispatch its forces to carry out education and literacy campaigns, cultural activities, medical missions and production support campaigns.