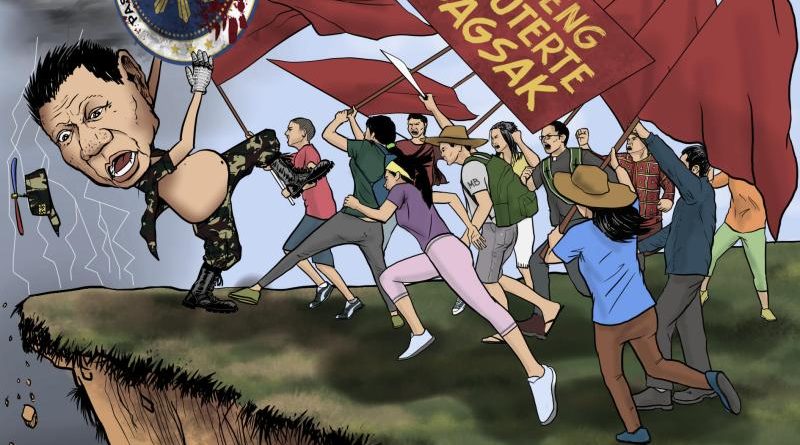 The Communist Party of the Philippines (CPP) today lambasted Rodrigo Duterte for ordering his armed men in the AFP and PNP to “give NPA rebels what they deserve” which is a codeword for “killings and torture.” Duterte made the remarks in a speech last August 2 in Davao City.

The CPP said, “the New People’s Army is not shaken by Duterte’s threats. The NPA can defend itself with arms. But unarmed peasants, lawyers, human rights defenders, church people, civilians can’t. The NPA must fight back for them.”

The CPP further dismissed Duterte’s claim that he never allowed the military to torture or hurt NPA rebels. The CPP pointed out how a captured NPA fighter was shot in her genitals last April by soldiers following Duterte’s “shoot them in the vagina” order.

Moreover, the CPP said the revolutionary forces will hold Duterte personally responsible for any more killings carried out by his agents following his threats.
The CPP calls on NPA in Negros and across the country to intensify tactical offensives against units of the AFP, PNP and DDS in order to punish those responsible for the killings of civilians.