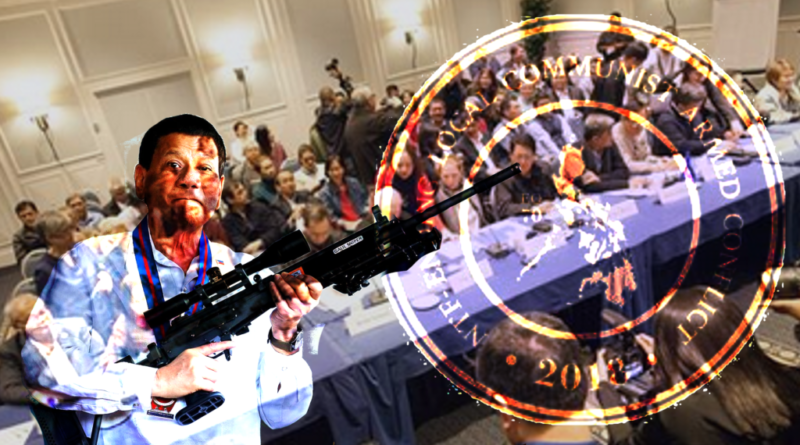 December 5, 2020: The recommendation of the Armed Forces of the Philippines (AFP) to not go on ceasefire this holiday seasons does not come as a surprise. We also wager that Duterte will readily approve this plan.

All these years, the AFP has opposed any act that serves the end of peace. They have never abided by their own ceasefire declarations.

Recall that in March to April, just as the Covid-19 pandemic hit the Philippines and in the middle of the Duterte-declared ceasefire, the AFP launched a nationwide offensive against the people and NPA. These offensives continue to be mounted by the AFP.

The war-and-profit-addicted generals of the AFP are the biggest stumbling blocks to peace and national unity. They dominate policy-making of the Duterte regime and is at its helm through the National Task Force to End Local Communist Armed Conflict (NTF-ELCAC).

Military generals, who all sit comfortably in their high-end offices, are bureaucrat capitalists who are in connivance with the US military industry. They are driven by their class hatred against the toiling masses of workers and peasants. They wallow in an endless stream of counterinsurgency war profit.

Military generals are obsessed with the notion that they can defeat the revolutionary armed revolution through the sheer force of arms, turning a blind eye to the deep socioeconomic roots of the civil war.

Under the Duterte regime, terrorist-labelling the CPP and NPA has become central state policy and tactic to obfuscate the demands of the broad masses that are the basis for waging people’s war.

By terrorist-labelling the CPP and NPA and opposing peace talks, Duterte and his AFP generals aim to condemn the country to a perpetual state of war.