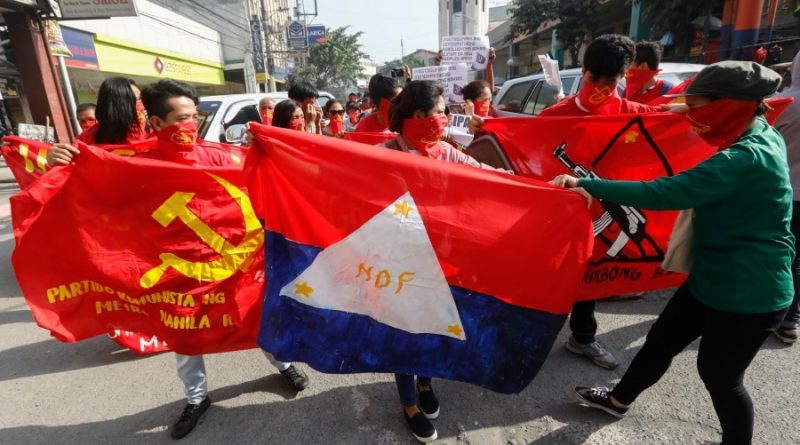 Communist Party of the Philippines
September 25, 2018

The Communist Party of the Philippines (CPP) unequivocally denies claim of a so-called Red October plot of the CPP and New People’s Army (NPA) to overthrow the Duterte regime by October. The CPP denounces the Armed Forces of the Philippines (AFP) for conjuring this fictional plot which clearly aims to set the stage for applying increasingly draconian measures against the Filipino people.

This so-called Red October plot is nothing but an AFP invention. Like the rest of the AFP’s fakery, it is a poorly concocted story. They came up with this “intelligence information” as early as July. Duterte, himself, claimed around a week ago of a recorded phone conversation proving such a conspiracy between the CPP and other groups. Neither Duterte nor the AFP could show the public proof of their claims.

Actually, the real question is not whether there is such a conspiracy, but what Duterte and the AFP are plotting for October? Is this a foreshadowing of a declaration of martial law by October? Indeed, “Red October” sounds very similar to 1972 claims of a “Maoist rebellion” which Marcos used as justification for declaring martial law and imposing his fascist dictatorship.

In hyping up this so-called conspiracy, the clear aim of the AFP is to justify the implementation of increasingly severe measures in the name of “defeating the plot” to target legitimate protest actions which express the sentiments of a disgruntled people. The so-called plot is a Duterte straw man for him to beat and make himself look strong and invincible.

The AFP’s proposal to set up a task force to supposedly direct all efforts of government agencies to fight the CPP harks back to the 1950s McCarthyist red-baiting and finger-pointing to justify the suppression against various democratic sectors. In particular, the AFP targets student activists who are among the most active in the anti-Duterte movement. The AFP has gone berserk in linking various organizations and political forces as fronts or in conspiracy with the CPP.

It has become very apparent that Duterte and the AFP are increasingly insecure amid the rising economic and political crisis. By dispatching his defense secretary to Washington, Duterte has gone the lengths of seeking the assurance of US support. All these show Duterte’s kapit-tuko desperation to cling to power amid the increasingly acute crisis and mounting clamor for his ouster.

In fact, Duterte has only himself to blame for his regime’s destabilization. By turning a deaf ear to the Filipino people’s most urgent demands for an end to the burdensome TRAIN taxes, solution to incessant price increases, wage increases, jobs and job security, as well as their clamor for an end to state terrorism, rampant violations of human rights, narco-politics and bureaucrat capitalist corruption, Duterte is inciting more and more people to rise up in protest and resist his rule.

Since late last year, the Party has called on the Filipino people to unite and wage all forms of struggle to put an end to Duterte’s fascist and puppet regime. A broad united front of democratic forces has emerged in both formal and informal alliances bringing together a broad range of progressive and patriotic forces, as well as various strands of politicians, religious and business groups. Disenchanted officials in the military and police patiently wait for the right moment to join in.

The NPA will continue to wage revolutionary armed struggle in the countryside as it advances the people’s war and defend the people against the fascist and terrorist onslaught of the AFP. However supportive of the people’s clamor for Duterte’s ouster, the NPA, at this stage, is not yet strong enough to cause the overthrow of Duterte and the ruling system. Similarly, while the NPA was among the strongest force which helped sustain the struggle against the Marcos dictatorship and dealt it with strong blows, it was ultimately the confluence of various forces which brought down Marcos through a popular unarmed uprising in 1986.

Given the increasingly difficult economic conditions of the people and rising internal political conflicts within the Duterte regime, the Party anticipates protests to continue to mount in the coming months.

Duterte is walking the edge of a precipice where a misstep can accelerate his downfall.