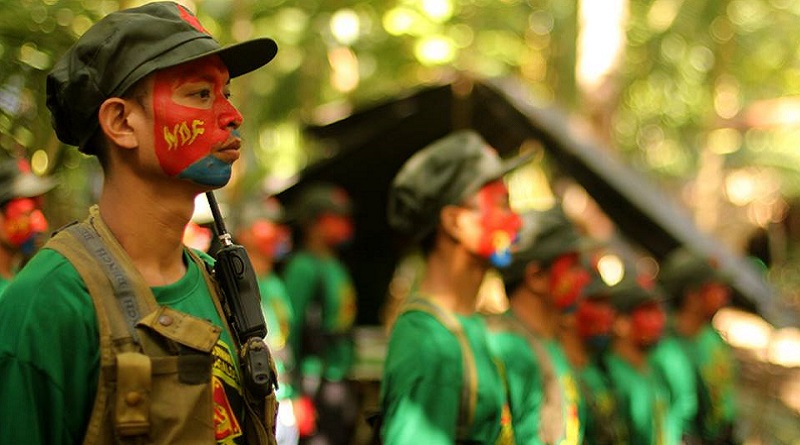 The Communist Party of the Philippines (CPP) today rebuked the Duterte regime for using the so-called anti-terror drive to flex police and military muscle by imposing their pervasive armed presence to control the population and curtail the people’s civil and political rights.

Yesterday, the Philippine National Police (PNP) announced it was on Terror Alert 3 and declared it was going to carry out random spot checkpoints, raids and other operations against “terrorist lairs”.

“Like the previous regimes, the Duterte regime is imposing the same white terror on the Filipino people, especially against the minority Moro communities, using the pretext of the drive against terrorism,” said the CPP. “The CPP urges the people to stand up to defend their rights amid the regime’s increasingly militarized police-state operations dubbed as an all-out anti-terror campaign.”

The CPP rejects the police chief’s appeal to the people to remain calm. “Clearly, the aim is to desensitize the people and make them accept the imposition of more and more repressive measures.”

The CPP also pointed out that the plan to set up random checkpoints is another step back by Duterte who in early November announced he was putting an end to such measures which he deemed ineffective in curtailing criminality.

Over the past several weeks, the so-called Maute Group, a hodgepodge of armed bandits in Lanao del Sur, is being tagged as a terrorist group with claimed links to the IS (the supposed Islamic State).

The AFP has been carrying out large-scale military operations backed by air strikes and canon fire. Close to 2,500 families in Butig, Lanao del Sur, have been forced to escape the AFP onslaught and are suffering grave difficulties.”

“The Moro people have been bearing the heaviest brunt of so-called anti-terror police and military operations,” added the CPP. “If Duterte will continue with his so-called anti-terror war, he will most follow the lead of the AFP and be be drawn deep into it in accordance with the US plan.”

“Going by historical experience, it is likely that the Maute group was initiated and is being financed by US agents and its minions in the AFP, to serve as a new bogeyman to justify continuing US military presence in the country, now that the CIA-initiated Abu Sayaff has been discredited as a mere kidnap-for-ransom group,” pointed out the CPP.  “It is the new

Despite having declared a war against the IS, the US has been exposed as having strong links with the IS, including chanelling weapons to it.