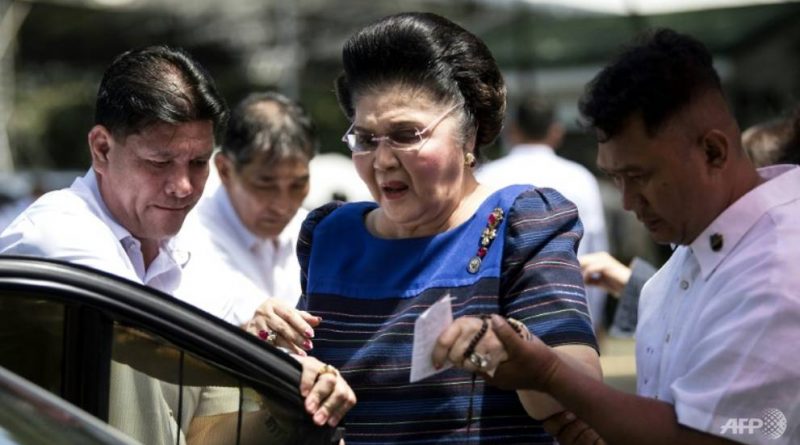 The Communist Party of the Philippines (CPP) joins the Filipino people in applauding the Sandiganbayan conviction of Imelda Marcos over seven counts of graft committed during her 20-year conjugal reign of plunder and oppression with erstwhile dictator Ferdinand Marcos. She must be immediately arrested and incarcerated.

With the conviction, the long-standing historical judgment of the Filipino people against the Marcos dictatorship is further solidified. Much earlier, a US court found the Marcoses liable for human rights violations in a class suit of close to 10,000 victims of their dictatorial rule.

The conviction helps thwart the brazen efforts of the Marcoses to distort history. Imelda, Marcos’ heirs and their minions have been stubbornly denying the crimes and corruption perpetrated under Marcos’ martial law and painting a completely different picture to obscure the deep socio-economic crisis and grave oppression suffered by the Filipino people. In his bid to establish himself a strongman, Duterte has immortalized Marcos as a hero and shamelessly applauds his dictatorship.

Although welcome, the Sandiganbayan decision, comes too late. At 89, Imelda has only a few years left to serve her 42- to 77-year jail term. She has evaded justice by more than 30 years. That is, if ever she is put behind bars. Imelda will surely carry out legal maneuvers to take advantage of the slow grind of the Philippine justice system to evade justice completely. There is widespread apprehension that she will ultimately be shielded by a Duterte presidential pardon.

While the Filipino people celebrate Imelda’s conviction, they are gravely discontented over the long delay of justice. They are deeply dismayed over the failure of the ruling system to decisively mete out just punishment against their worst oppressors and exploiters.

Over the past years, the successive reactionary regimes failed miserably to address the clamor of the Filipino people for swift justice. Every ruling regime allowed the Marcoses to return stage by stage. None carried out a decisive act of justice fearing this will rouse demands for the same measures to be meted against them over the same crimes they themselves commit while in power.

In 1986, the US imperialists helped their trusted puppet Marcos escape to Hawaii in the face of a people’s uprising. Wielding influence among the rival cliques of the ruling elite, the US promotes wealth- and privilege-sharing among these to ensure the stability of the political system under US hegemony.

Thus, the vast empire of the Marcos stolen wealth remains largely intact. They have used billions of dollars to rebuild their political network based on bureaucrat capitalist loyalties. Imelda and the rest of the Marcoses are now back in power. They now enjoy overarching political influence under the Duterte regime.

The Filipino people condemn how one reactionary regime after another perpetrate worsening forms of plunder, corruption, military abuses and other crimes, but remain unpunished, and worse, continue to wield power and aggrandize their wealth and other privileges from their high bureaucratic perch.

As the crisis of the ruling system worsens and limits their loot, the bureaucrat capitalists engage in increasingly criminal forms of wealth accumulation such as smuggling and drug trade resulting in greater oppression and deterioration of the socio-economic conditions.

To attain true justice, the Filipino people have no other recourse but to take revolutionary action and overthrow the ruling system and class rule of big bourgeois compradors, big landlords and bureaucrat capitalists. Only by wielding revolutionary power–democratic people’s power–can they subject the biggest criminal and fascist oppressors and exploiters to just punishment with full decisiveness and dispatch.