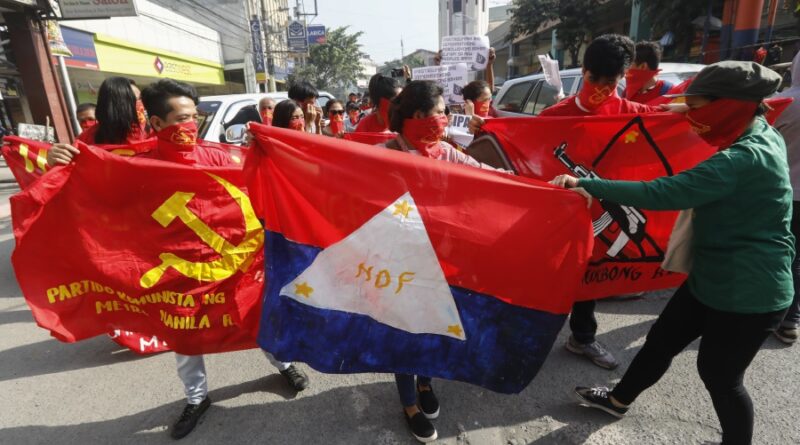 Reynaldo Bocala, NDFP peace consultant for the Panay region, together with his companion Willy Arguelles, were killed by military and police operatives in Barangay Balabag, Pavia, Iloilo, in a Tokhang-style liquidation operation purportedly to serve warrants of arrests.

Fr. Rustico Tan, who headed the NDF-Cebu negotiating panel in 1987 and served as peace consultant, was shot multiple times while asleep in his house in Pilar, Camotes Island.

The Party holds Philippine President Rodrigo Duterte and the National Task Force to End Local Communist Armed Conflict (NTF-ELCAC) as the masterminds behind the killings of Bocala, Arguelles and Tan. Clearly these were coordinated at a high level with the aim of driving terror into the hearts of the people and their revolutionary forces.

To cover up their crime, the AFP and PNP are concocting lies in claiming that Bocala and his companion “fought back.” As the other victims of state extrajudicial killings, Bocala was unarmed. Stories by police and military officials of firearms recovered from the scene are all made-up to make the crime a legitimate police and military operation. This modus operandi, used against the wave of drug killings since 2016, is now being used by the military and police in the series of killings against activists and revolutionaries.

This coordinated killings adds to the long list of murders ordered by Duterte and perpetrated by his paid killers in the AFP and PNP against peace consultants of the NDFP and suspected leaders of the Party and NPA. They are being summarily executed in line with Duterte’s the “take no prisoners” fascist policy in the vain hope of making the people and their revolutionary forces surrender to his terrorist regime.

It is an outrage that the fascists are targeting NDFP peace consultants who are in their senior years. Bocala was 75 years old, while Fr. Tan was 80.

In line with the Party’s directives, the New People’s Army (NPA) must do its utmost to punish the criminal perpetrators of these murders.

The Party extends its deepest condolences to the families and friends of Bocala and Fr. Tan. We extend our sympathies to NDFP peace consultant Ka Concha Araneta, the lifelong partner of Bocala, in serving the oppressed masses of Panay.

The killings of Bocala, Fr. Tan and Arguelles further amplifies the outrage of the Filipino people against the murderous Duterte regime. The masses of peasants, workers, the minority people and other oppressed and exploited sectors in the Panay and Central Visayas regions whom they served all their lives are determined to continue waging resistance to attain justice for them and other victims of state terrorist killings.

For having selflessly served the people in their struggle for national and social liberation, they will forever be extolled as heroes of the Philippine revolution.