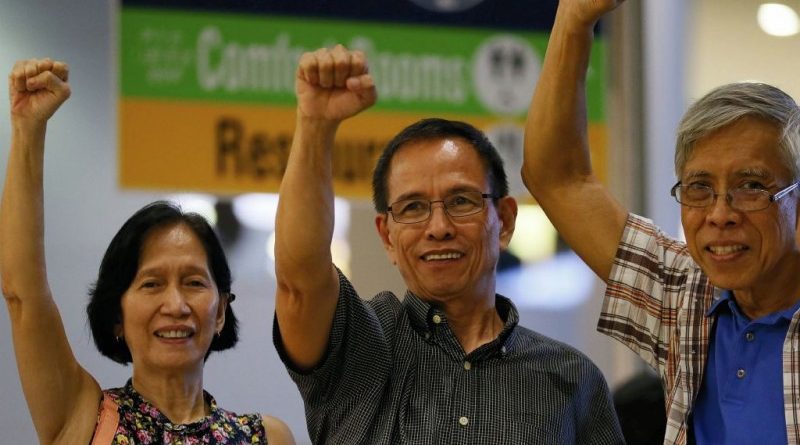 The second round of peace talks in Oslo, Norway between the Government of the Republic of the Philippines (GRP) and the National Democratic Front of the Philippines (NDFP) ended on a noticeably less upbeat tone compared to the resumption in August. The weather seemed to forebode such an outcome with the sunny days at the start giving way to overcast skies and a gloomier atmosphere.

There was a listlessness in the air as the two peace panels strived to come up with their joint statement. Down the wire there were changes to the working draft and much shuttling back and forth resulting in a longer final panel-to-panel meeting. When the time for signing came, there was a collective sigh of relief instead of the unqualifiedly cheery reception at the conclusion of the first round.

To be fair, the parties had achieved the objectives they had set for this round, arriving at common outlines for the substantive agenda on Social and Economic Reforms (SER), Political and Constitutional Reforms (PCR) and End of Hostilities and Disposition of Forces (EHDF). For the PCR and EHDF, work was easier, smoother and therefore quicker as the Reciprocal Working Groups (RWGs) on both sides generally were well prepared and in agreement on the general topics to be covered. Moreover, they reaffirmed that the agreements on PCR and EHDF could not run ahead of that on SER. The latter must set the pace and content of any agreements to be crafted on PCR and EHDF.

The Reciprocal Working Committees (RWCs) on SER had a much more difficult time getting their act together despite working overtime and holding many one-sided caucuses in between.

Negotiations on SER are facing serious if not overwhelming odds beginning with a whale of a difference in the two Parties’ appreciation of what is wrong with the system and ergo what reforms are needed to address the roots of the armed conflict. For the GRP, it is a matter of making the system work better, to be more “inclusive,” be less bureaucratic or more responsive to the poor and underprivileged sections of society, and, perhaps, more accommodating to the demands of the NDFP forces that have been fighting for major reforms.

On top of contrasting if not diametrically opposed points of view, was the seeming lackadaisical preparation of the GRP RWC-SER. They did not even have an honest-to-goodness draft outline comparable to the fleshed-out one submitted by the NDFP. They insisted on adding a section entitled “Outcomes” that they said was in consonance with the way the GRP organized its executive departments and would make it easier for these departments to see their role and function in a Comprehensive Agreement on Social and Economic Reforms (CASER).

The GRP panel seemed to expect the NDFP to agree to the premise that socioeconomic reforms should dovetail the way the GRP is organized. The current panel apparently has not discarded the framework of its predecessors in keeping reforms strictly within the bounds of the GRP Constitution and legal processes. This contravenes the guideline clearly enunciated by no less than their principal, President Rodrigo Duterte, in the presence of the GRP panel and NDFP panel members and consultants last Sept. 26 in Malacañang. Responding to NDFP Panel Chairperson Luis Jalandoni’s statements on the need for land reform and national industrialization, the President said he welcomes reforms “as long as these are achievable within the Constitution, or achievable through amendments to the Constitution.”

In contrast, the NDFP presented a radically different analysis of what ails Philippine society and consequently what are the major socioeconomic reforms needed to solve these ills. The NDFP-proposed outline reflected this in terms of highlighting the long-standing problem of land monopoly by a few, necessitating a genuine land reform program anchored on the principle of land to the tiller.

The NDFP draft also confronted the backward, pre-industrial, dependent character of the national economy undergirding poverty and joblessness. The NDFP contended that no less than a comprehensive overhaul of the GRP’s policy framework is needed. This would encompass dismantling its neoliberal economic framework and pursuing national industrialization to meet the basic needs of the people, harness the country’s abundant natural and labor resources, and lead the way towards a pro-people, sustainable development.

That a unified CASER outline was eventually arrived at speaks of the remaining goodwill and earnestness on both sides to find common ground considering they are just at the very early stages of negotiating on this key agenda.

Thornier still is the matter of GRP’s release of more than 400 political prisoners including three remaining JASIG-protected NDFP consultants who are serving time in the National Penitentiary after having been convicted on trumped-up common crimes. The “legal offensive” undertaken by the GRP since the Arroyo regime is clearly intended to harass, arrest and indefinitely detain dissidents — whether armed revolutionaries or plain activists — and keep them from effectively opposing government policies and programs they deem wrong and anti-people.

This GRP continuing practice is a clear travesty of justice, contravenes the GRP’s established jurisprudence that prohibits the criminalization of political offenses (Hernandez doctrine), and also violates the Comprehensive Agreement on Respect for Human Rights and International Humanitarian Law (CARHRIHL). Again, President Duterte had unequivocally stated before the GRP panel and the NDFP panel members and consultants that he would “stop this policy (of charging and detaining suspected revolutionaries with criminal offenses… otherwise, we will never have peace, because there will always be injustice.”

Unfortunately, GRP’s promises to effect the release of all the political prisoners are appearing to be more and more unreliable, uncertain and perhaps part of a ploy to keep up the hopes of the political prisoners, their families and comrades while being utilized as bait for the NDFP to enter prematurely and unjustifiably into a bilateral cease-fire.

Based on the GRP’s conduct at the second round of formal talks, it has become increasingly obvious that it remains fixated on “reducing the levels of violence” by clinching a bilateral cease-fire and giving this primacy over the negotiations on basic social, economic and political reforms. Like its predecessors, it justifies or rationalizes this track with the worn-out argument that violence or armed conflict is the root cause of non-development, poverty, and social inequities.

The NDFP, on the other hand, has repeatedly and forthrightly stated that the progress of negotiations on the CASER and the release of all political prisoners through general amnesty would serve as a huge incentive for the NDFP to work on a bilateral cease-fire with the GRP. The NDFP had in fact declared an unprecedented indefinite cease-fire simultaneous with and in reciprocation of the GRP unilateral cease-fire as a goodwill and confidence-building measure along with measures to accelerate negotiations on the substantive agenda.

The unstated implication is that a bilateral cease-fire would be less feasible, if more grossly disadvantageous to the NDFP, should the GRP fail or fall short in its share crafting the CASER with the NDFP, and in its commitment to release the political prisoners through amnesty or other efficacious means. Even with the ongoing simultaneous unilateral cease-fires, numerous reports indicate that the AFP and PNP have continued the GRP’s counterinsurgency operations under Oplan Bayanihan. True, there has been a marked decrease in armed encounters between the New People’s Army (NPA) and state security forces. But the attacks by AFP-led paramilitaries on communities, especially in the hinterlands such as the lumad areas, are unabated, again despite Pres. Duterte’s order to the AFP to disarm and control these paramilitary forces.

The GRP’s mixed signals threatens to confound and complicate the GRP-NDFP peace process.