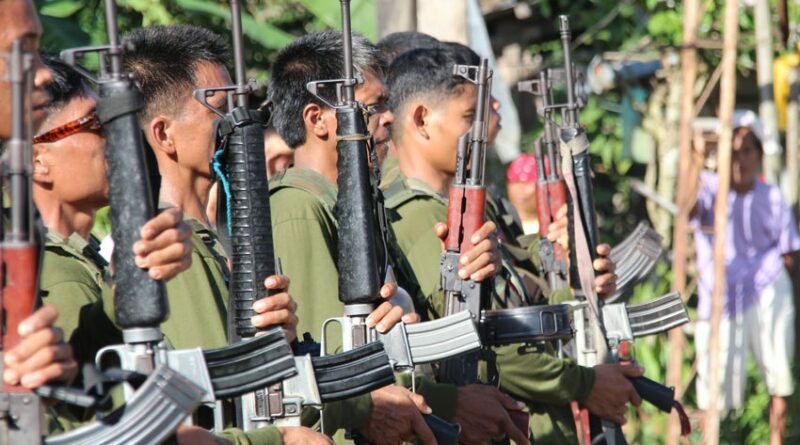 The NPA’s punitive action against Randy Rustia on April 7 is part of the judicial system of the people’s democratic government that covers the area.

He was punished by the people’s army based on the order of the people’s court in connection with the crime he had established against the people and the movement. The people’s democratic government has its own law and justice and judicial process where Randy Rustia’s guilt and crime have been proven beyond a shadow of a doubt.

Rustia’s felony and criminal offenses included repeatedly providing exact information on the position and composition of the NPA unit that resulted in precise strike operations by soldiers and police. This resulted in the death, wounding and arrest of the disputing red army.

Randy Rustia is not really an ordinary civilian as the cooks want to release the fake news of 85IBPA.

Rustia is an armed and active agent of the soldier and police. He is a cape of illegal jueteng that he uses as a spying screen to simultaneously carry out the mission he is employed on.

The loyal disciples overthrew the soldiers and the police, they lost a zealous detective to the revolutionary movement and the people so that’s how they bragged about the murder of Rustia.

They bite-their-own-tongues on the hypocrisy of calling for the defense of Rustia’s human rights and fake concern for the bereaved family even though Rustia earns a lot of money from the information she gives to the soldiers and police.

The soldiers and police are salivating enough to be able to lie to continue to discredit the revolutionary movement while they ignore the long list of innocent civilians they are killing based on suspicion related to the armed revolutionary movement. The latest on its long list of crimes is the murder of 9 activists on March 7 dubbed Bloody Sunday and the murder of unionist leader Dandy Miguel on March 28.

In the province, among the victims of the soldiers and police was former Magsaysay councilor, General Luna Mando Buisan who was killed by their hitmen on November 13, 2020. In 2018, Nanay Fe delos Santos, mother of the NPA commander, was also killed;  and Egay Tabien, an employee of the Lopez municipality.