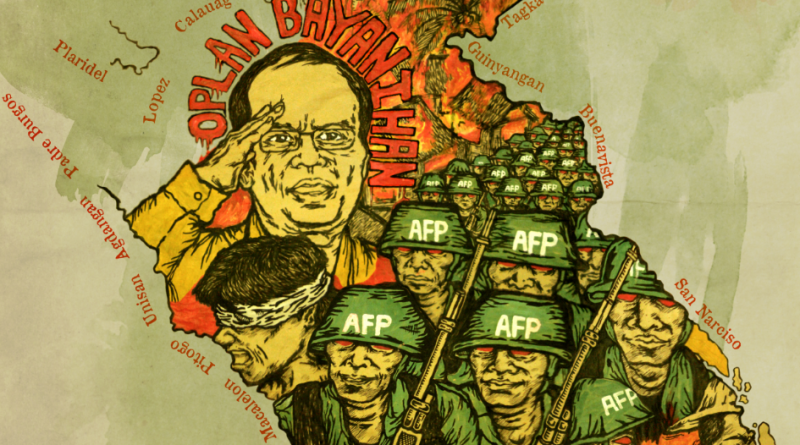 The New People’s Army (NPA) denounces the Armed Forces of the Philippines (AFP) for unleashing their psywar-expert publicists and trolls who are in a frenzied campaign to justify the hostile operations of the AFP in contempt of the indefinite ceasefire simultaneously declared by the GRP with the CPP.

Over the past week or so, AFP personnel have been doing the rounds of radio stations, newspapers, social media websites to defend and justify the hostile counter-insurgency operations being carried out under the AFP’s Oplan Bayanihan.

Such hostile acts include the deployment of armed soldiers in civilian communities which the AFP suspect to be supportive of the NPA. Armed teams of the AFP carry out psywar operations where local residents are forced to participate in assemblies at the risk of being tagged as NPA sympathizers.

Under the guise of the Duterte regime’s anti-drug campaign, military units conduct seminars where they slander the NPA.

The AFP justifies the deployment of combat troops by insisting on serving as armed escorts of medical and dental missions or conducting their own “delivery of services” usurping the authority and initiative of civilian agencies such as the local government, local health officials and social workers.

These “delivery of services” are carried out by the AFP as part of its hostile Oplan Bayanihan operations. In doing so, the delivery of social services is being militarized by the AFP.

Combat troops of the AFP conduct intelligence operations in the hope of identifying leaders of local mass organizations and community leaders of the CPP. The presence of fully armed troops seek to taunt the people and establish their authority by force.

The NPA denounces the successive killing of peasant leaders Jaime Saipan and Joselito Pasaporte in Compostela Valley by militiamen under the command of the 10th ID. In Sorsogon, NPA leader Edwin Dematera and his companion Den dela Cruz were arrested while travelling in Magallanes, Sorsogon Cruz last October 4.

It is increasingly apparent that the GRP President Duterte has no control of the AFP as his orders to the soldiers to become friendly with the revolutionary forces are outrightly being disregarded.

Continuing hostilities directed against the NPA and revolutionary forces endanger the indefinite ceasefire.

The peasant masses in the areas being occupied by the AFP are increasingly restive over the failure of the Duterte regime to tame its soldiers. They want and end to the militarization of their communities. Indeed, many have been lining up to join the NPA to defend their rights.

We call on the Duterte regime to take immediate steps to correct the situation and ensure that all units of the AFP are pulled-out from their current forward deployment within the guerrilla zone of operations of the NPA and areas under the sway of the revolutionary forces.