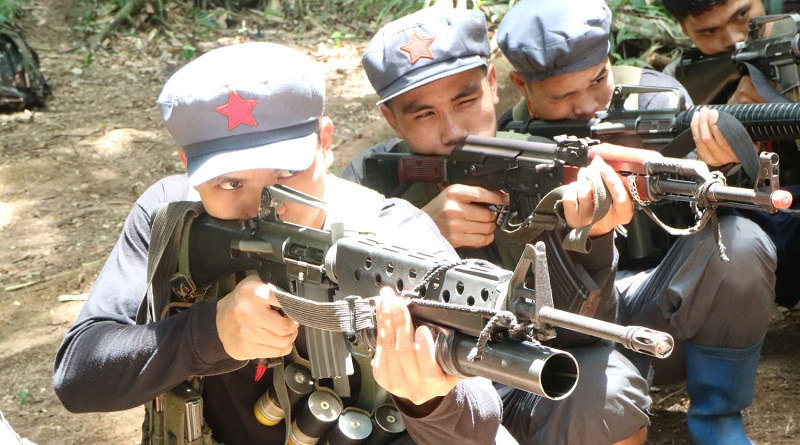 Based on reports submitted by the NPA-Regional Operations Command in Southern Mindanao.

At 6 a.m. of July 19, Red fighters of the First Pulang Bagani Company manning an NPAcheckpoint at Barangay Katipunan, Arakan town along the Davao-Cotabato-Bukidnon national highway flagged down a white unmarked and heavily-tinted armored vehicle. It later was identified as belonging to the Presidential Security Group.
The NPA checkpoint was put up to interdict military and police vehicles carrying weapons plying the route as part of the NPA campaign in response to the CPP’s call to fight martial law in Mindanao.

The vehicle’s driver rolled down his window and introduced himself as an Army man. Upon realizing the checkpoint was not being manned by AFP soldiers, he immediately drew his gun and stepped on the gas while rolling up his window. NPA fighters fired at the vehicle, hitting its tires and disabling it.

At that point, a second vehicle of the two-vehicle convoy came racing through firing their weapons at the NPA fighters. It succeeded in passing through the checkpoint leaving the white armored van but was fired upon by a nearby unit of the NPA before it could speed away.
The NPA approached the disabled armored vehicle and ordered its passengers to alight. The passengers declared they are not going to resist but insisted they could not come out of the autolocked vehicle.

Ordered to withdraw, the NPA unit left the site before 7 a.m.

Earlier, the NPA arrested CIDG-Bukidnon Agent Rogelio Magno who is based in Valencia City. He remains in custody for investigation.