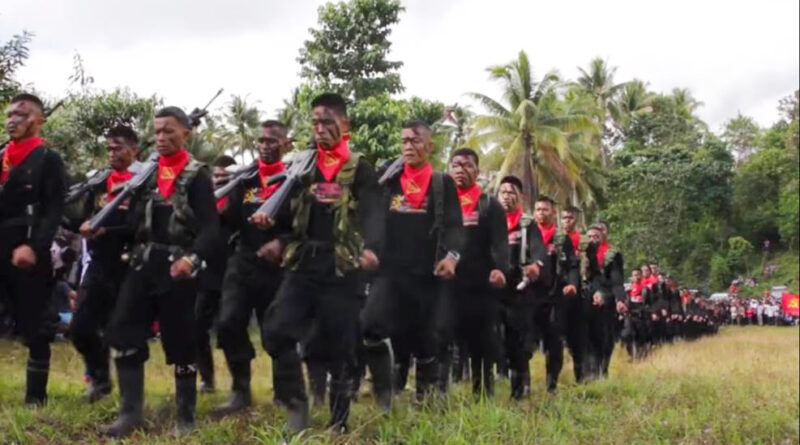 Operatives of RJPC-NPA ambushed Ponciano Carbajosa aka Insik, of legal age, at Sitio Taoma, Barangay Bandila at around 9 o’clock in the morning of December 14, 2021.

Carbajosa was a former CAA member and an intelligence asset of SAF and the 62nd IBPA. He was also responsible for raping a deaf-mute.

While he was serving CAA in the 1980’s, Carbajosa was involved in harassment of residents. A certain Rodrigo Herwela was captured, tortured and even an object of Carbajosa’s practice shooting where a can was placed on top of the victim’s head. Carbajosa was also involved in massacring the house of Osting Palay.

Carbajosa was reported for multiple times of raping a personally challenged individual. Family members of a deaf-mute was puzzled by the victim’s pregnancy because she was single. When Carbajosa was passing by their house, the deaf-mute victim signed, pointing Carbajosa responsible for her pregnancy. The incident pushed the family to file a rape case against Carbajosa before the Revolutionary People’s Court (RPC).

Carbajosa was also reported for inflicting physical harm to a certain July Adlawan.

With multiple cases against Carbajosa at hand, the RPC conducted thorough investigation and trials. The same sentenced Carbajosa with death penalty.

A unit of RJPC-NPA was commanded to implement the sentence of Carbajosa.

Before this, another RJPC-NPA operatives meted death to Mariel Encarquez aka Kulafu, of legal age, from Barangay San Isidro, Toboso, Negros Occidental province on December 13 at around 11 o’clock in the morning in Purok Star Apple, Canubgan, Barangay Bandila of the same town.

In an investigation conducted by RJPC-NPA, it was known that Encarquez is responsible for the enemy’s raid of an NPA unit in Sitio Mansulaw, Barangay San Isidro, Toboso, Negros Occidental province on 2010.

Residents have reported of Encarquez’ continued monitoring of their activities and locating NPA presence in the area.

Being an active intelligence asset, Encarquez became a legitimate military target of the NPA.

The RJPC-NPA is keen in serving justice to victims of counter-revolutionaries and criminals, like Carbajosa and Encarquez.

With the absolute leadership of Communist Party of the Philippines (CPP), the RJPC-NPA heeds the call of the masses for justice and peace. In return, the people of Northern Negros continues to cherish the NPA for the immediate response.

The successful actions against Carbajosa and Encarquez could not be done without the undying people’s support of the NPA.

On the upcoming celebration of the CPP’s 53rd founding anniversary on December 26, the RJPC-NPA reaffirms its pledge to surmount all obstacles intensifying its efforts in genuinely serving the people and being a true people’s army.