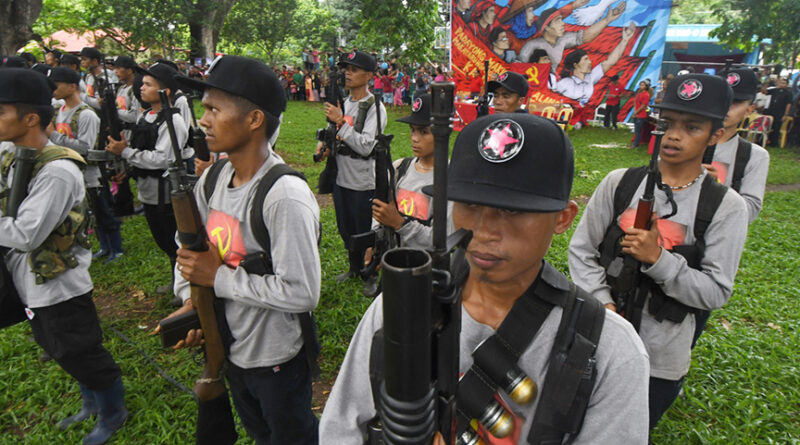 As 2021 ends, NPA-Bicol casts the 9th IDPA, PNP Region V and the whole Joint Task Force Bicolandia with undeniable failure. The butchers are now stewing in silence and shame after the NPA’s valiant defense frustrated their shots at a last round of attacks before the year finally ends. Striking among these was Tomas Pilapil Command NPA-East Camarines Sur’s active defense against 9th IDPA troops’ attempt to overrun their unit last December 28 in Sityo Campo Nueve, Brgy. Del Carmen, Lagonoy. The Red fighters successfully drove the enemy troops to retreat. They were also able to seize four military packs and cost the enemy two wounded men and one dead element. Meanwhile, the NPA had no casualties.

To top JTFB’s pile of failures this year, they also failed in their attempts to hinder the Bicolano masses and their Red Army from celebrating CPP’s 53rd anniversary. Majority of Party units both in localities and the NPA, revolutionary mass organizations and revolutionary committees were able to successfully hold small and large assemblies to honor the advancements of the people’s democratic revolution. This is a clear picture of the dauntless struggle waged by valiant Red fighters of the NPA under CPP’s leadership.

Where have JTFB’s arrogant drivels since 2016 that they would crush the revolutionary movement in Bicol gone? Have the Filipino people not been hearing these empty claims for 53 years already? Paltry deadlines that, year after year, the AFP-PNP and their masters always end up being forced to move further. As the years of their failure accumulate, the public have already understood that these asinine declarations that the revolutionary movement is weakening, unremitting parades of fake surrenderees and other vapid shenanigans are but desperate cover-ups for the fact that their campaign to put an end to the people’s revolution has reached nothing.

If there is one thing that the mercenary army and the ruling classes has to learn already from their patent failures this 2021 and the whole time that they were foolishly trying to end the people’s war, it is that no weapon can ever be more powerful than the people’s own resolve to defend their lives and future. They can buy all the modern arms they can get their hands on, beef up the salaries and rewards of their minions, but these can never match the people’s burning desire to break free from slavery and poverty. This aspiration drives the masses to persevere, progress and overcome any obstacle. This fuels them to offer their time and lives in the service of the people without wanting any reward or recognition in return.

As 2022 approaches, each Red fighter and commander holds in their hearts the lessons of struggle and an even more steadfast resolve to frustrate the enemy and achieve substantial advances. Their wholehearted desire to serve their own kind: the oppressed and exploited, and attain genuine freedom, guarantees that no matter what the enemy invokes, no matter the sacrifice and hardships, no matter the complications in the struggle, the reason to continue and fight shall always prevail.