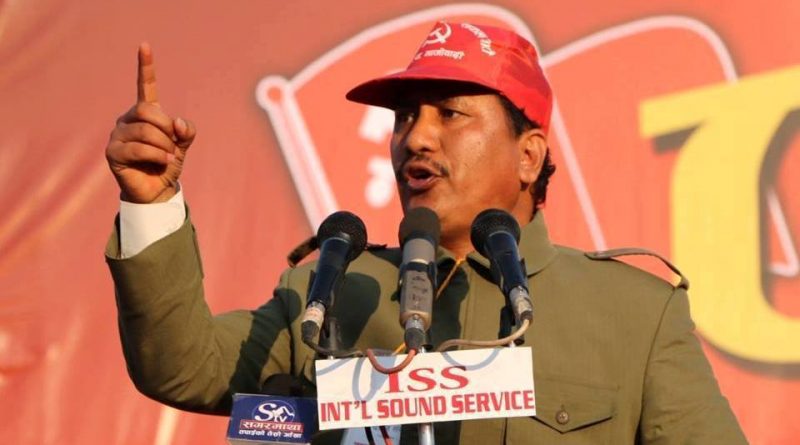 Police said public offence case will be filed against them and will be kept in police custody until the completion of second phase of local level elections slated for June 28.

Jeevan Rai and Man Bahadur Rai, who were arrested from Yangpang two weeks ago, have also been kept at the Bhojpur District Police Office.

Former Chairman of Wastim VDC, Jeevan was an active cadre of Maoist during the decade-long insurgency.

Man Bahadur was apprehended while he was replacing the signboard of a government office with another signboard writing ‘Janaganatantra Nepal’, Inspector Kaji Kumar Acharya of the District Police Office, Bhojpur, said.

She has been kept at the District Police Office by extending the remand.

Four persons including Maoist district In-charge Arjun Acharya were detained from Panchthar a week ago.

According to DSP Nakul Pokharel of the District Police Office, Panchthar, they have been kept in police custody.

It has been learnt that all the arrestees will be released after the completion of second phase of local polls.