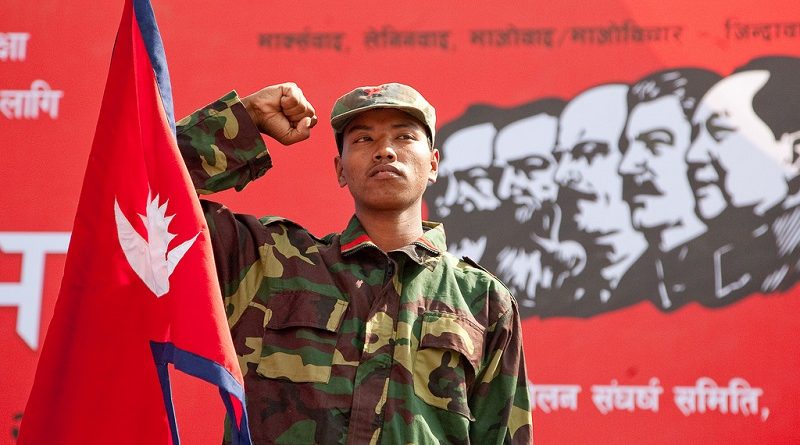 Prachanda-Baburam: traitor of the Nepalese revolution

Prachanda-Baburam, are known as the betrayer of the Nepalese revolution. Baburam has formed a new party named as ‘New Power’, and he has announced that he is no longer a Marxist—he has no faith in Marxism.  Now the chapter has closed.

Prachanda, Chairman of the Nepal Communist Party (Maoist Center) is leading the reactionary government as the Prime Minister. We all know, this is the government backed by the foreign reactionary force, particularly the Indian expansionism. Now he is a faithful servant of the Indian ruling class. Prachanda is pleading his ‘Center’ as the center of the Nepalese Maoists. But in reality, it is just opposite. Now, Nepal Communist Party (Maoist Center) is a neo-reactionary party and Prachada is leading the neo-reactionary camp.

Baidhya faction: problem to apply the theory into practice

To some extent, Nepal Communist Party (Revolutionary Maoist) led by Mohan Baidhya ‘Kiran’, seems as a revolutionary party. In their document, they have clearly mentioned the significance of Marxism-Leninism-Maoism, New Democratic Revolution and the need for the ”three Magical Weapons.”   It has also senior leaders like Kiran and Gourav.  But, the main problem of this Party is not to go in action. They have mentioned ‘ People’s Revolt’ as the political line of the Nepalese revolution. And we all know, this political line is not applicable for the Nepalese revolution.

Now they have formed a political front to participate in the coming election. To get more and more seats in the election, they will join hands with other parties. It will eventually lead them in a wrong direction.

Baidhya faction has some positive aspects, but in practice, they are still at the crossroads. Lack of scientific political line and strong will power, they are unable to accelerate the revolutionary movement. Just to write political issues in the document and passing the resolution will achieve nothing. That’s why, Baidhya faction is known as a party—revolutionary in words, not in action.

After the two year’s exercise of Bernstein type of street demonstration, Biplav faction is busy in its first National Congress. It has publicized its political document for the National Congress and it has become the issue of public debate. What they are going to do and what will be the result of their National Congress is already open.

In fact, like Prachanda, Biplav faction also has produced a lot of confusion in the Nepalese Maoist movement.  Having gone through their document, there is no any hesitation to say that, Biplav faction has deviated from the revolutionary spirit of the Marxism-Leninism-Maoism.

Here I want to put some point below:

Birds of the same feather flock together:

It is crystal clear, that the document of their National Congress is a document of deviation and wrong direction. Indeed, Biplav faction has deviated from the revolutionary spirit of the Marxism-Leninism-Maoism and it is rapidly heading towards the ”unknown” destination. Without hesitation, I would like to stress that Prachanda and Biplav are the two sides of the same coin. coining

The real face of Prachnda has already unmasked, but Biplav is producing a lot of confusion in the Nepalese Maoist movement. And it is a matter to note that, politically Netra Bikram chanda’Biplav’ is heading towards the Prachand camp, but personally, he has very close relation with Baburam Bhattrai— the Indian puppet.

It is a matter to worry that, at present Nepalese Maoist Movement is facing a huge setback.  What will be the next step of Baidhya faction, it is a mater to wait and see. But at present the Maoist Movement of Nepal is at the crossroads.  We must realize this reality. And it needs a new rupture, a new step—the great leap forward.