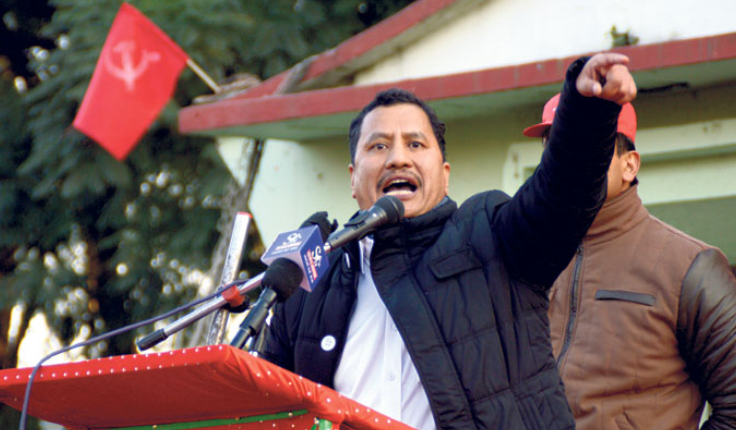 General Secretary Netra Bikram Chand of the Communist Party of Nepal Maoist claims that India’s stance on the issue of separatism among Nepal’s Madhesi population is grossly hypocritical given India’s stance on Nepali separatists within it’s own borders. Further, Chand sees this support of Madhesi separatism in Nepal by India is a part of an overall strategy on India’s part to destabilize and maintain hegemony over Nepal. Addressing a recent mass meeting in Kathmandu, Chand made the following remarks:

“Whereas the Indian regime suppresses demands of Nepalis living in India for their separate state of Gorkhaland, it supports demands of Madhesi parties for founding a separate Madhesh state in Nepal.”

“How many years have passed already since the Nepalis begun demanding their Gorkhaland”, he asked; And continued, “How is it possible that a country that takes repressive measures against its own people will help liberate people from another country?”

“If our Madhesi leaders think that India will liberate the Madhesi population then they are totally wrong.”

“New Delhi is better served by the Pahadi pimps and the India regime is quite content with their slavery. They will continue to feed the Padhai pimps to keep the Madhesi population in sheer confusion”.

“Delhi does not love the Madhesis. India’s plot is simply to tighten its grip over Nepal”, he said; And continued, “India wants Madhesi and Pahadi population to fight with each other so that it continues to rule Nepal”.