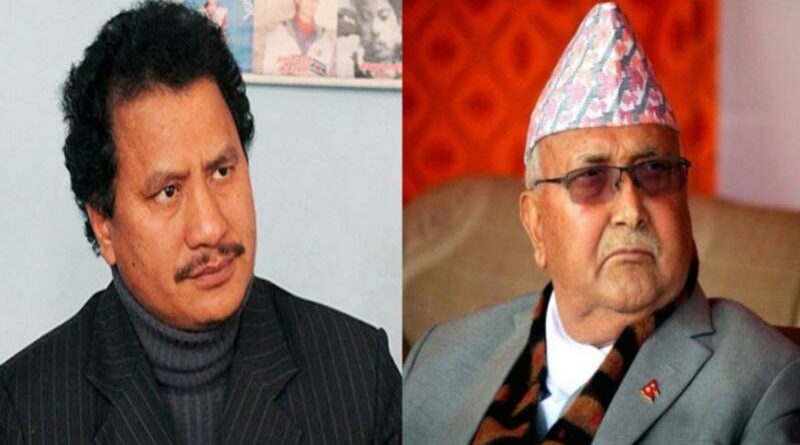 Kathmandu, April 14, 2021: Netra Bikram Chand ‘Biplav’, general secretary of the Communist Party of Nepal that signed a peace accord with the government in March 2021, has met Prime Minister KP Sharma Oli on Sunday.

Sources privy to the meeting say Biplav expressed his dissatisfaction with the prime minister, saying the government has not released various CPN cadres arrested across the country.

Reportedly, 123 leaders and cadres of the Chand led CPN are imprisoned across the country on various charges. The government, however, has already released those who were not convicted.

Before the peace talks in March, the government had been arresting cadres of the Chand led party and prosecuting them on various criminal charges, but the government had committed to releasing them. Nonetheless, since many of the charges are genuine, experts think it is an unimplementable promise.

Biplav had previously met with the PM to urge for the release of the cadres on March 22, 2021.