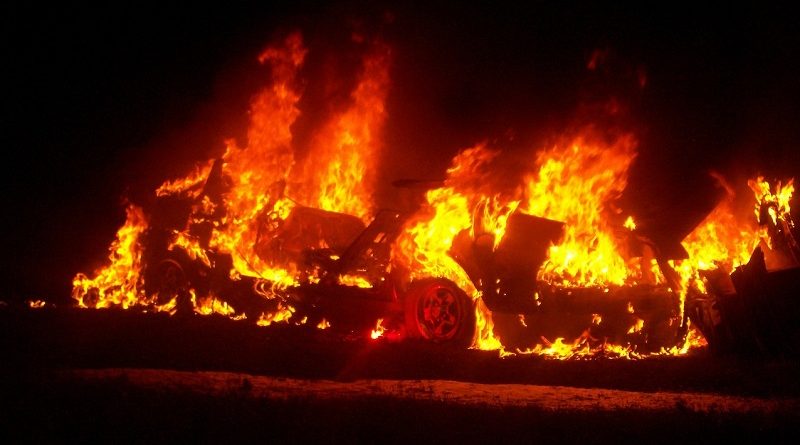 Two youth made Prof Dr Tripathi get out of her moving car (Ba 2 Cha 5650) at around 10 this morning and set it on fire, the official said.

Tripathi, who is also coordinator of the Free Student Union Election Central Monitoring and Coordination Committee, however, remained unscathed in the incident.

ANNISU-Revolutionary Chairman Purna Bahadur Singh confessed to the arson attack and said it was made due to her “cavalier attitude” towards their demands in connection to the upcoming FSU elections.

Their demands include scrapping the admission of fake students, guaranteeing ANNISU-R’s participation in the election process and an enabling environment for the election.

The Tribhuvan University has announced to hold the FSU polls at its colleges on February 25.