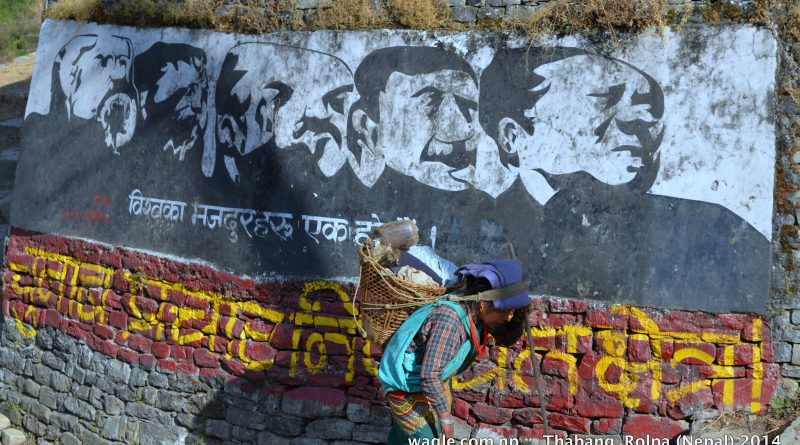 ROLPA, Oct 31: The election fever has gripped the locals of all districts but it is yet to excite the locals of Thabang, which is also known as the bastion of the decade-long Maoist insurgency that killed over 17,000 people.

In the past elections, Rolpa’s Thabang always remained in the limelight for making unusual decisions but this time it is silent. With very less time left for the elections, preparations are in full swing in other parts of the country. However, locals of Thabang seem untouched by the elections fever. Most of the locals here are supporters of Netra Bikram Chand-led CPN Maoists. Instead of election-related slogans and songs, slogans to boycotting elections are more heard in this village these days.

During the first Constituent Assembly elections of 2007, Pushpa Kamal Dahal secured a landslide victory from Thabang while his rival garnered only three votes. However, not a single vote was cast in the area during the second Constituent Assembly elections in 2013. Similarly, in the 1980 referendum, the locals unanimously voted for multiparty democracy. There were several times when Thabang didn’t vote at all.

Though the election is just around the corner, none of the candidates have visited the locals nor have they tried to convince them for votes. “Maybe, the election will take place but it won’t have the same charm as in the past,” said Ajay Ghartimagar, a local of Thabang.

According to cadres of CPN (Maoist Center), the party is planning to call a local level meeting soon but it has not done any other preparations for polls.

“We hope the election fever will grip us too in a few days,” said Dinesh Roka Magar, another local of the village.

Netra Bikram Chand-led CPN Maoist is all set to boycott the upcoming elections. Most of the candidates who filed for various posts of parliamentary and provincial elections from Rolpa are currently in Kathmandu. This is one the major reasons why the locals have not been able to experience the election fever till now.