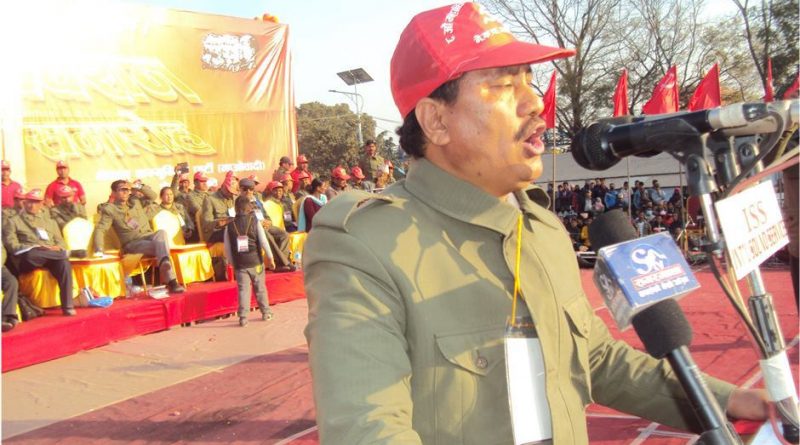 The National Security Council has assessed that the Netra Bikram Chand-led Nepal Communist Party is a major security threat to the upcoming parliamentary and provincial elections scheduled on November 26 and December 7.

According to a confidential report prepared by the NSC which this daily obtained, Chand’s group has continued to use force against people in the name of ‘people’s action’, extorting money and issuing threats and intimidating locals.

The report states that the Chand-led group has formed a parallel People’s Government and People’s Court. The group has mobilised its National Volunteer Organisation, a youth wing of the party, which has decided to boycott elections.

According to the NDC report, the Chand-led group has decided to launch various activities to disrupt elections in coordination with other forces who are opposed to the new constitution.

The party has also decided to expose both the left alliance and democratic alliance, who are in favour of parliamentary democracy through various activities.

The group has been organising closed-door trainings and meetings, and has also expanded its organisational bases through conferences and cultural activities, the NDC report said.

In order to tackle the situation, the report has recommended legal action against those who are involved in anti-election and unlawful activities. The report also stressed the need to collect reliable information about the Chand-led group’s activities. The Chand-led party’s Spokesperson Khadga Bahadur Biswokarma said his party was not a threat to national security and the real threats stemmed from political chaos, corruption, cross-border encroachment, and black marketeers.

“We will urge people to exercise their rights without exerting any pressure on people. We will launch our ‘reject-the-Polls’ campaign,” he said.

Hemanta Prakash Oli, a Standing Committee member of the Chand-led party, has openly declared that they will launch activities to effectively boycott elections; take action against ‘corrupt people’ and ‘form a parallel government, and people’s court’.

Oli was recently addressing a press conference at Masuripata, Sandhikharka, while making public his party’s strategy targeting the upcoming elections.

Immediately after the left alliance was formed October 3, the party’s General Secretary Chand had said in a statement that ‘the alliance was a meaningless effort to create ripples in politics’ and they were ‘power hungry, opportunistic and self-defensive”.

Most of the leaders and cadres of Mohan Baidhya-led Nepal Communist Party-Revolutionary Maoist had, in a conference held in Pokhara before Tihar, suggested boycotting the elections.

It further said all revolutionary parties should be prepared for people’s revolution. The Baidhya-led group is
in the process of discussing unification with the Chand-led faction.