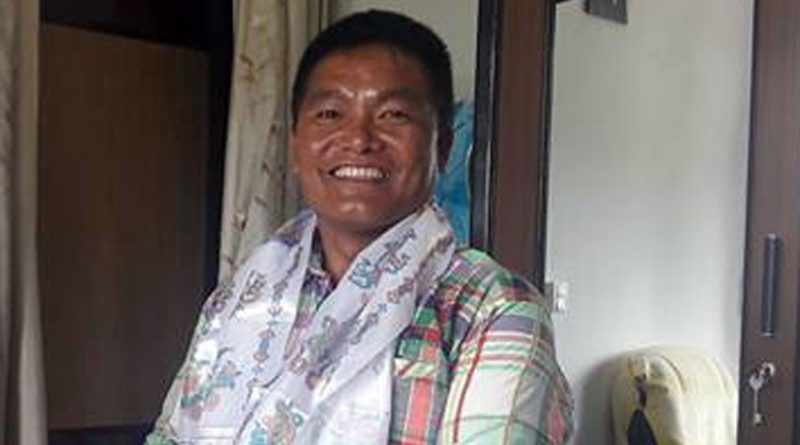 Nepal People's War
September 16, 2017September 16, 2017 Alan Warsaw Biplav, CPN
Sep 16, 2017-Cadres of the Netra Bikram Chand-led Commu-nist Party of Nepal on Thursday night abducted Thawang Rural Municipality Chairman Bir Bahadur Ghartimagar in Rolpa.
According to the police, Ghartimagar was abducted at around 11pm on Thursday from the Koichawang village on his way to his in-laws’ village.

Magar, who won the post for the CPN (Maoist Centre), was making preparations for holding the first village assembly on September 16.

Chief District Officer Dijan Bhattarai said personnel from Nepal Police and the Armed Police Force are searching for the missing.

Kesh Bahadur Batha Magar, chief of the Rapti bureau of the Chand-led party, was caught from the Miru village for interrogation.

A member of the District Security Committee quoted Ghartimagar’s wife, who was with him when the incident happened, as saying: “Around 8-10 people came out of nowhere and took him [Ghartimagar] to a nearby hill saying they had some business [with him].” His whereabouts are unknown.

Ghartimagar had defeated the CPN’s independent candidate Amit Gharti Magar in the local level elections. The Chand-led former Maoist party claims Thawang to be its stronghold.

CPN cadres have claimed responsibility of the abduction. Lal Bahadur Oli, coordinator of the Rolpa Jilla Janaparishad, said in a statement on Friday that the people had taken Ghartimagar under control as he had “forcefully tried to enforce the parliamentary system in the rural municipality”.

Ghartimagar would be released after interrogation, it was stated.

Police have not revealed the identity of the suspected abductors.