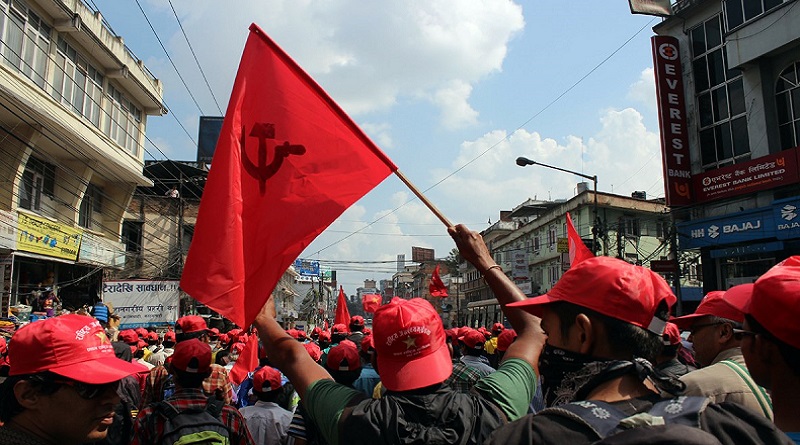 The party had announced protest programme from 9:00 to 10:00 am to pressurise the government for ‘unconditional release’ of its four leaders Shivaram Yadav, Dipendra Gahatraj, Ram Nepali and Mahesh Shrestha who were held from Bagbazaar for extorting businesspersons on Wednesday.

They have been charged under the Donation Act and the Kathmandu District Court had remanded them in police custody for five days for further investigations.

A press release issued by Baidya said the party’s central secretariat member Dinesh Sharma and Pawan Shrestha, and central members Sharada Mahat and Jagadish Chandra Bhandari, and 12 others were detained by security personnel and kept in Nepal Police Club while they were staging protest against the arrest of their four leaders. The party has demanded that the government release them without any delay.

Police had also arrested two leaders Mahendra Tamang and Pramod Giri of Netra Bikram Chand-led CPN Maoist on the charge of extortion from Kalanki on Wednesday and have been remanded in police custody for five days.

Police have since then stepped up vigilance against possible suspects involved in extortion drive after ‘CPN Maoist Centre’, an underground outfit, detonated bomb in two Valley-based private schools and planted explosives in seven others to strengthen their bargaining power. 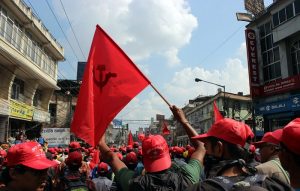