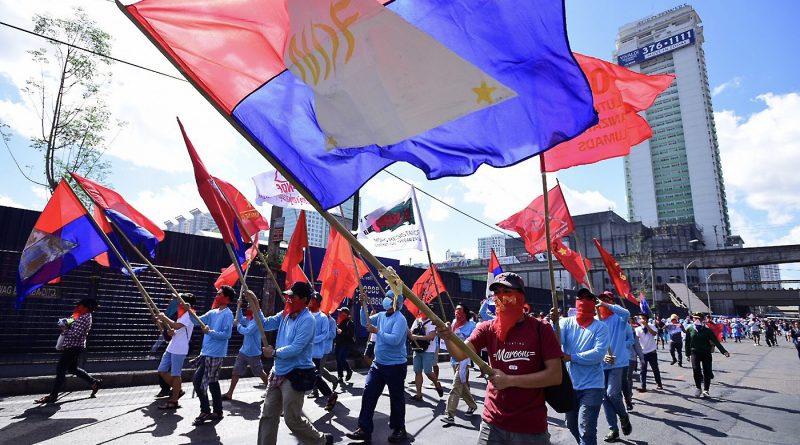 The National Democratic Front of the Philippines – Eastern Visayas (NDF-EV) is disgusted with the Leyte provincial government’s seeking to implement a local task force to end insurgency and views this as servility to the Duterte regime’s desperate attempt to monopolize power and install a dictatorship. “In the guise of the ‘whole of nation/government’ approach, this local task force will actually undermine the civilian government by subordinating it to the military,” said Fr. Santiago “Ka Sanny” Salas, NDF-EV spokesperson.

He added, “Patterned after the national task force with the same organizational structure, this will further encourage political repression of the legal democratic movement and all political opposition. Through this task force, the provincial government gives license to soldiers to commit extra-judicial killings, political harassment like red-tagging, torture, arbitrary arrest and detention, and other violations of human rights, international humanitarian law and even the 1987 constitution. Instead of addressing the roots of armed struggle in the province, Leyte Governor Leopoldo Dominico Petilla takes refuge in a purely militarist solution to counter insurgency.”

Fr. Salas also noted, “Petilla’s local task force will further add to the bloodshed of the fake anti-drug war as well as the anti-communist and anti-Moro wars of Duterte wherein tens of thousands have died. He actually supports Duterte’s dictatorial moves and aims to ensure his dynasty’s entrenchment in political power, especially with the drive for false federalism, where Duterte in reality will be the overlord over regional political kingpins like himself.”

“This drive to institute political repression secures the interests of imperialism and the big landlords and compradors in the rich natural resources for energy generation, agriculture, and mining in Leyte.”

Salas clarified, “In order to frustrate and defeat Petilla’s effort to carry out Duterte’s dictatorship in Leyte, the people must defend and assert their democratic rights. They must carry out democratic mass campaigns for land reform, workers’ rights, student rights and welfare, press freedom and other mass struggles.”

The NDF-EV spokesperson appealed to the people of Leyte and Eastern Visayas to expose and oppose the regime’s scheme for repression and dictatorship in Leyte and the whole country. “The struggles of the people and their allies can lead to a broad united front to isolate and overthrow the Duterte regime. Given the bloody track record of Duterte and his henchmen, the people will not be fooled anymore by the military’s pro-people facade.”

And lastly, Salas urges the New People’s Army to support the people by carrying out tactical offensives according to capabilities and an ever expanding and widening mass base. “As the people’s army, it must punish the worst rights violators and plunderers. The NPA must raise the level of warfare and bring the people’s war to a new and higher level,” Salas ended.