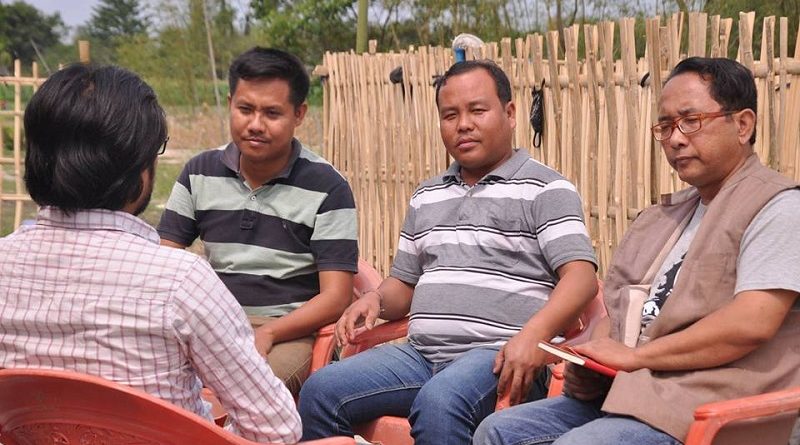 Imphal, April 21: The rise of Maoist insurgence in the region is a serious threat to the running of a proper democratic form of government in the region. This is being stated because the armed outfit had stated that their ultimate goal is communism. The idea of the founder leader of Maoist Communist Party Party is not very much difference from other rebel group operating in the region . The common ideology had many times brought together different outfit in the region and often form joint body. Every time the rebels outfit jointly operate under a common platform the more is the headache to those who are trying to suppress any such movement particularly to the security forces.
On our yesterday’s issue we published a part of an interview with Chiranglen Sapamcha, the founder member of the Maoist Communist Party Manipur, When Imphal times asked him why he is not going along  with other rebel groups operating in the state and why is not joining to any united plateform of the rebel group, Chiranglen said that the ideology behind the unification of certain rebel group will not last long.

Answering to Imphal Times, Chiranglen Sapamcha said that there are two kind of alliances – one  Tactical alliance and another Strategic Alliance. He said the best alliance he ever come across is the alliance initiated by the Communist Party of Philippines in 1994. He said he believed in such alliance as it follows the norm of the International relation guidelines. The MPCM believes in the resolution adopted by the CPP , on April 24, 1988 and under such a guideline the rebel groups in the region will come together one day, said the Maoist leader.

Chiranglen also elaborated on the Communist Party of Philippines (CPP) model. He said the outfit had to study on both positive and negative aspect as they are contingent of the World Proletarian Revolution. He said the party sees many positive aspects to the United front of the CPP.
He also added that the Maoist Communist Party is not against any unification move but believe that one day the rebels will join hand for a common cause under CPP model.