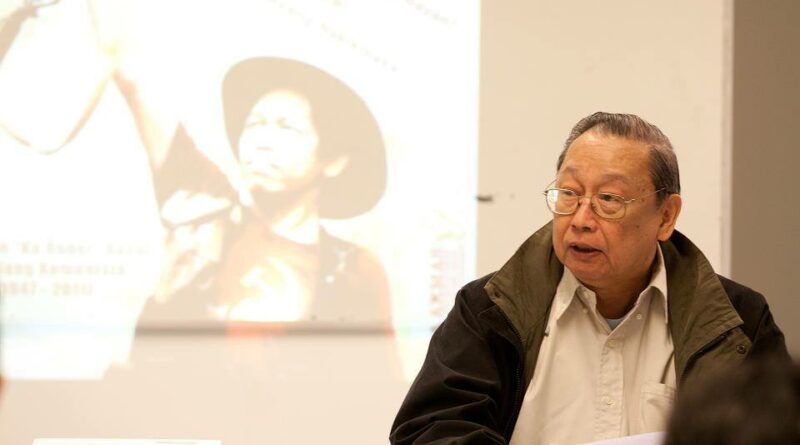 January 9, 2021: The perfect storm swirls in the Philippines. The political and socioeconomic crisis of the semi-colonial and semi-feudal ruling system has become extreme and has made the reactionary state and the ruling classes of big compradors, landlords and corrupt bureaucrats once more incapable of ruling in the old bourgeois-democratic way.

Taking advantage of his rigging of the 2019 mid-term elections and the Covid-19 pandemic, Duterte has used his compliant Congress to grab emergency powers to steal enormous public funds for himself and his clique, railroad a fascist law of state terrorism and is now pushing charter change in the style of Marcos.

The reemergence of fascism even before charter change and the formal declaration of martial law nationwide through the fascist law of state terrorism manifests the rottenness of the ruling system and its ripeness for revolutionary change.

At present, Duterte stands as the most detestable representative of the ruling system and is exceedingly vulnerable to ouster. Extremely greedy for power and plunder, he has surpassed already in a few years the brutality and other despicable features of the fascist regime of his idol Marcos.

He has a cunning criminal mind, proud of manipulating the reactionary government and law to commit crimes of treason, tyranny, butchery and plunder but stupid enough not to discern that a fascist dictator like him cannot last long because of his frail health and under current circumstances.

Despite the adulation conjured by paid poll surveys and troll armies in the social media, he has already become isolated from the people by escalating his crimes against them and by devastating the Philippine economy and bankrupting his own government.

He uses in vain the revolutionary movement of the people as pretext for seizing absolute power for the purpose of absolute corruption and he overestimates his ability and chances of destroying the revolutionary movement of the people and satisfying further the US and other foreign monopolies in order to retain their support for his fascist scheme.

Recently, his fascist running dogs in the National Task Force-ELCAC have invented the lie that I have ordered the New People’s Army to deploy armed propaganda teams to punish the worst human rights violators and most corrupt officials in their urban lairs in order to have a pretext for escalating acts of state terrorism in both urban and rural areas
I have repeatedly denied the lie and declared that I am not in any position to make such order ascribed to me. But I acknowledge the fact that the escalating murder of unarmed urban poor and peasants, social activists, critics, human rights activists and other people have generated a public clamor for the people’s army to punish the criminals in authority.

Like the many peace advocates, I look forward to the ouster of the tyrant and fascist Duterte or stepping down in 2022 so that the GRP-NDFP peace negotiations can be resumed if the succeeding regime is willing to negotiate. It has been absolutely clear that Duterte has been responsible for the termination of the peace negotiations.

In trying to enrich his own family, his business cronies and top military minions, Duterte has bankrupted his own government through bureaucratic corruption and military overspending on top of the devastating consequences of the Covid-19 pandemic and the rapidly worsening crisis of both Philippine economy and the world capitalist system.

The global depression, which has been aggravated by the Covid-19 pandemic, has drastically reduced the foreign exchange income from the export of raw materials and semi-manufactures and from the remittances of overseas Filipino workers who are now returning to the Philippines by the millions and rejoining the ranks of the socially restive unemployed.

The growing trade and budgetary deficits, the mounting debt burden and heavy debt service payments have constricted the importation of consumer goods upon which the regime has made the underdeveloped Philippines dependent. The scarcity of imported and locally produced consumer goods has begun to generate a spiral of inflation.

Food production has been sabotaged by the Duterte regime by pursuing import liberalization at the expense of the local farmers and allowing the agricultural land to be reduced by land grabbing and real estate speculation and chemical pollution from mines and monocrop plantations, the typhoons and floods. The Philippines has become the world’s No. 1 rice importer. It has also become a big importer of sugar.

Under the present conditions of rapidly worsening political and socioeconomic crisis, the tyrant Duterte is out of his depths for thinking that his fascist dictatorship would last long like that of Marcos.

The Filipino people are fed up with the brutal and corrupt Duterte regime and are highly desirous of revolutionary change. And the revolutionary party of the proletariat, the Communist Party of the Philippines (CPP), has proven its strength in leading the revolutionary movement in more than 52 years. It is far stronger than when Marcos started his fascist dictatorship in 1972.

Precisely because of the Marcos fascist dictatorship, the CPP, the New People’s Army (NPA) , the National Democratic Front of the Philippines (NDFP) , the revolutionary mass organizations, the antifascist alliance and the local organs of political power constituting the people’s democratic government grew from small and weak to big and strong by leaps and bounds.

The fascist dictatorship of Duterte will only serve to arouse the people to wage all forms of resistance and will certainly result in the further strengthening and rapid advance of the revolutionary movement not only against such dictatorship but against the entire unjust semi-colonial and semi-feudal ruling system.