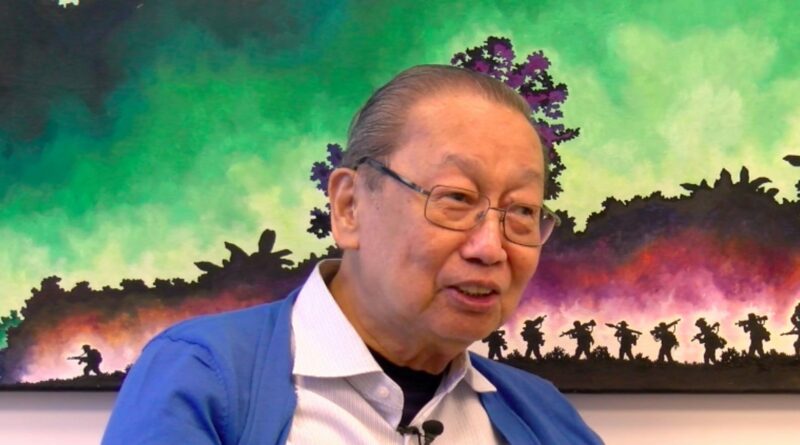 “There is no way that the Duterte regime can compel or persuade the Dutch government to extradite me to the Philippines or cancel my status as a recognized political refugee,” Prof. Jose Ma. Sison, declared emphatically, during an interview July 4 with Kodao Productions, a Manila-based online news outfit.

Professor Sison was strongly reacting to recent revival of calls coming from the Duterte fascist regime to deport him, cancel his refugee status, and conduct the resumption of the stalled peace talks between the GPH and the NDFP in Manila.

“There is no way that the Duterte regime can compel or persuade the Dutch government to extradite me to the Philippines or cancel my status as a recognized political refugee without  violating the absolute protection of Article  3 of the ECHR  and the principle of nonrefoulement in the Refugee Convention. It is not only this recent that the Duterte regime is making threats against my lawful stay in The Netherlands. It has been doing so in vain for several years already,” Professor Sison said.

Sison accused the NTF-ELCAC of hatching a campaign plan against him to call for his deportation to the Philippines and the cancellation of his status as a recognized political refugee.

“General Esperon forgets the fact when he and other rascals in the Arroyo regime instigated false charges of murder against me in 2007, alleging that I had directed these from the Netherlands, the Dutch government denied the request for my extradition and asserted the principle that the Dutch judicial system has the jurisdiction over such charges.  Thus, I was investigated, prosecuted, tried and proven innocent before the Dutch courts up to the level of the Appellate Court in The Hague. These gangsters in power in the Philippines think they can twist the law against their critics even in The Netherlands,” Sison stressed.

Charges of terrorism – baseless and vile

“The current false charges of terrorism against me by the Duterte regime are all baseless and are obviously concocted for vile political purposes,” Sison emphasized.

In 2009 Professor Sison won his cased before the European Court of Justice for the removal of his name from the EU terrorist list.

“It was proven before the court that since my arrest and imprisonment in 1977 I have not been in any position to participate in any decision-making, administration and operational leadership in the CPP and NPA,” Sison said.

No talks possible in Manila

Sison stressed that the NDFP has been insistent on having the peace negotiations in a neutral venue abroad because holding these in the Philippines make the NDFP negotiators, consultants and staff vulnerable to enemy intelligence, surveillance, psywar and physical attacks as in 1986 during and after the ceasefire talks in Manila.  Even if the negotiations are held in a neutral venue in the countryside, he said, they can be easily hampered or disrupted by elements or groups that do not want the peace negotiations.

Sison exposed “localized peace negotiations” as having been one-sidedly staged by the GRP as operations of psywar, intelligence, surveillance and pressuring and killing suspected revolutionaries.

“They have been used by the military for racketeering by making up lists of fake surrenderees, concocting fake projects of “community development” and privately pocketing most of the appropriated public money. The OPAPP is notorious for corruption and malversation of funds in the name of fake localized peace negotiations. Now, Galvez is focused on helping Duterte loot the national treasury in the name of Covid-19,” Sison pointed out.

Kick out Duterte and drag him to the International Criminal Court

Professor Sison called out that if and when the people and the patriotic and democratic forces kick Duterte out of power they can deliver him to the ICC for prosecution and trial. If the ICC fails to have Duterte arrested, stressed Sison, it is possible for the people’s court of the people’s revolutionary government to have him arrested for trial.

“The people are openly clamoring  for the people’s revolutionary government and the people’s court system to go after the mass murderers, plunderers and masterminds of criminal syndicates.”