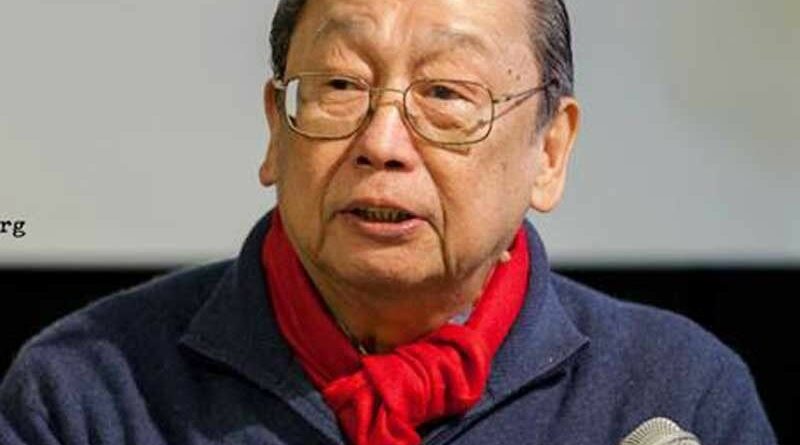 Since becoming president in 2016, Duterte has manifested three different positions and attitudes towards the GRP-NDFP peace negotiations and towards me.

First, he claimed in 2016 to be “Left” and socialist, interested in the resumption in peace negotiations with the NDFP and willing to talk with me in Manila. I told him that we could meet in a third country and that I could return to the Philippines after the peace negotiations succeeded in producing the comprehensive agreements on social and economic reforms and on political and constitutional reforms.

I was wary that my premature return to Manila would prejudice the holding of the peace negotiations in a foreign neutral venue as mandated by The Hague Joint Declaration of 1992. Duterte agreed to let the peace negotiations proceed abroad. These went through four rounds from August 2016 to April 2017.  Significant progress was made in the negotiation and drafting of the Comprehensive Agreement on Social and Economic Reforms.

But the fifth round of formal talks in May 2017 was aborted by the GRP side on the pretext that the NDFP could not immediately require the CPP to withdraw its call for the intensification of struggle against Duterte’s proclamation of Mindanao-wide martial law targeting not only the Maute group but even the CPP and NPA. The solution was simply for Duterte to issue a supplement to his proclamation to clarify that this did not target the CPP and NPA. But he did not do so.

Then in the second half of 2017, it became increasingly clear that Duterte had a change of position and attitude. He was no longer interested in peace negotiations with the NDFP and was single-mindedly for an all-out war against the CPP and NPA to comply with Trump’s order and to aim for fascist dictatorship. He issued Proclamation  360 terminating the peace negotiations on November 23, 2017 and Proclamation 374 designating the CPP and NPA as “terrorist” organizations on December 5, 2017. From then on, he was boasting that he could destroy the CPP and NPA before the end of 2018 or the middle of 2019.

He kept on ranting that the NDFP or I had no control or influence over the CPP and NPA and that the peace negotiations had to be “localized” in the Philippines under the auspices and control of his own Office of Presidential Adviser on Peace Process. It became clear that General Galvez and the national security cluster had designed a scheme of “localized” peace talks for the purpose of psywar, intelligence and surveillance, faking surrenders of CPP and NPA personnel and engaging in extrajudicial killings and pocketing tax money under the pretexts of E-CLIP and “community support program”.

Duterte and his running dogs are therefore mendacious and malicious in taking the position and attitude and ranting that I make decisions and give orders to  the CPP and NPA and that I am a “terrorist” who should be deported by the Dutch government to the Philippines for punishment by the Duterte regime under its draconian law of state terrorism. In fact Duterte and his fellow butchers are the ones liable for extrajudicial killings of more than 33,000 people before the International Criminal Court based in The Hague.

No amount of terrorist-tagging and lying by Duterte and his fellow butchers against me can deflect attention from their campaigns of mass murder in the Philippines in the bogus war on illegal drugs as well as in their counterrevolutionary actions of murdering mere rebel suspects, social activists, human rights defenders, peace advocates and NDFP peace consultants. It is utterly perverse of the Duterte regime to expect that the revolutionaries can be lured into peace negotiations in the Philippines after the murder of  the NDFP consultants: Randy Felix Malayao, Randall Echanis, Julius Giron, the Topacio couple, the Cabanatan couple and Reynaldo Bocala.

Duterte and his fellow butchers have been staging small pickets before the Dutch embassy and making statements to the effect that if I were to be deported to the Philippines for punishment there would be no one else to demand that the peace negotiations be held in a foreign neutral venue and that the peace negotiations would be held in the Philippines under the auspices and control of Duterte, the OPAPP and the NTF-ELCAC.

I assure these fascists that the CPP, NPA and NDFP have enough brains to think that even peace negotiations in a foreign neutral venue have become too risky and costly for the NDFP after the murder of so many NDFP peace consultants. There is the need for certain new guarantees to ensure the safety and immunity of NDFP negotiators, consultants and staff  if ever peace negotiations would be held in cooperation with an administration, which is not as treacherous and murderous as the Duterte regime.

Finally, I wish to point out  that Duterte and his fellow butchers are not only criminally brutal but also utterly stupid. They conveniently forget that I am a recognized political refugee under the absolute protection of Article 3 of the European Convention on Human Rights and the principle of non-refoulement in the Refugee Convention. They also forget that in 2009 I won my cases against the EU terrorist-listing before the European Court of Justice and against the false murder charges instigated by the Arroyo regime before the Dutch courts. It is totally stupid and preposterous that Duterte and his fellow butchers are asking the Dutch government to violate my rights under Dutch and international law.