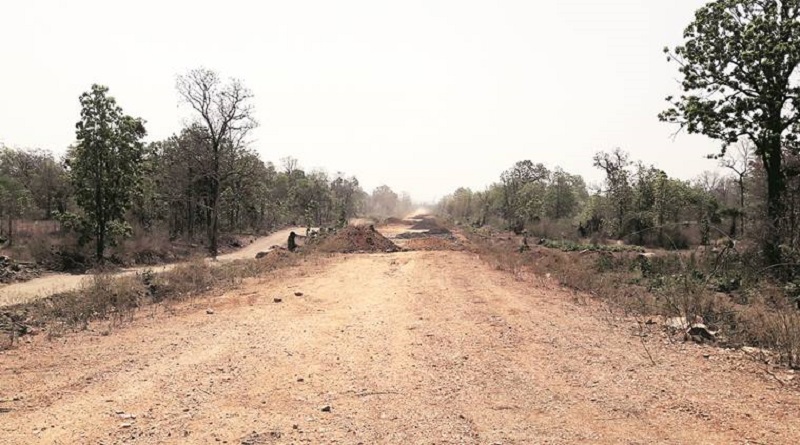 Bastar is home to the insurgent’s death wish. And to a state unable, unwilling to reach out to the people.

When Alex Paul Menon, then-Sukma collector, was in the custody of the Maoists in April 2012, a young Maoist approached him with a humble request: Sahab, handpump mechanic ka aavedan kiya hai. Bahar jakar jara dekh lijiyega (Sir, I applied for a handpump mechanic’s job. Please look into it after you are released.) The guerrilla, a Gond tribal tasked with guarding Menon, was, in a vulnerable moment, revealing the fragile nature of his existence to his hostage. His appeal exposed the faultlines of the Maoist insurgency in Chhattisgarh.

Soon after the Sukma incident in which 25 CRPF men were killed, a senior TV journalist, while demanding a “mine-proof vehicle for every CRPF patrol”, wondered: “Is that an anti-national question to ask?” Of course not. Except that it could be a tactical blunder. Several of them have been destroyed in landmine blasts in Dandakaranya. Since such vehicles are easily identified by the guerrillas, the forces prefer “neutral”, civilian vehicles, without any police insignia. The anti-landmine vehicles are used for special purposes.

The clamour is for more militarisation of the region. But consider the facts. The CRPF entered Chhattisgarh in 2003, the year Raman Singh became chief minister, and has 28 battalions now, with nearly a dozen deployed in Sukma. With a population of around 2.5 lakh, the security personnel to civilian ratio in Sukma is nearly 1:14, among the highest on the planet. The police to civilian population for the rest of India is 1:1000.

Send more troopers to Sukma, but spare a thought for the villagers who are forced to see more men in khaki carrying assault rifles, than kids on the playground. Think about villages where children learn words like counter (encounter) and ghatna (violent incident) before they learn letters, young widows who wait outside dilapidated mortuaries to receive the bodies of their husbands who died in police custody. If the Maoists are guilty of making Bastar their laboratory and damaging tribal life, the state has mutated the tribal DNA by deploying its incessant armed power against a people who are least concerned about issues beyond their river and forest. The discourse on the Maoist insurgency is largely limited to the violence on security forces. It is an important aspect, but the insurgency cannot be understood unless one includes fake encounters, rapes, custodial deaths and the inter-linkages among mining companies, guerrillas and local politicians.

The massive loot of weapons and ammunition during Monday’s ambush is, perhaps, the biggest after the Tadmetla incident in April 2010. The loot includes five Under Barrel Grenade Launchers (UBGL) of Bulgarian make, with over 60 grenades. The Maoists looted their first UBGL in Chhattisgarh in November 2013, and a few in March 2014, all from the CRPF. The head of the Maoist’s Abujhmaad battalion, Ramdher, gleefully explained to this reporter about their prized catch, which can destroy a police barracks with one grenade. The present seizures can help the Maoists launch at least 10 more major ambushes. Lest we forget, the Maoists are mostly sustained on weapons seized from the forces.

The Maoist insurgency is now five decades old. There have been many mergers and mutations, deviations and contradictions. However, the core ideology remains: Parliamentary democracy favours a select few, has little space for ordinary people, and hence an armed revolution is the only choice. There are exaggerations in the above claim, but there is also some truth. In his study, When Crime Pays, Milan Vaishnav underlines the advantage wealth and criminal record lend to a candidate in a general election. The poorest 20 per cent candidates had just one per cent chance of winning the election, for the richest 20 per cent, it was over 23 per cent, he writes. A guerrilla once offered another aspect of this correlation as he pointed at the companies occupying their mineral-rich land in south Bastar, polluting their rivers and forests with impunity. “Is there any other option?” Madkam Bhima, alias Akash, asked this reporter, days after he led the team that abducted Menon.

The state needs to offer them options, which can’t come out of UBGL barrels. It must take care of their spouses and future children. Less than a year after the abduction, Akash left the Maoists to be with a woman he loved. He is, perhaps, untraceable. Would the state have rehabilitated him? Unlikely. His friend, Korsa Joga, left around the same time to be with a primary teacher he loved. Blushing, he had told this reporter about his desire to be a father. They crossed the Godavari, travelled south, reached Mysore, before the police eventually persuaded him to “surrender”. A division committee member, he was the topmost Maoist to have ever surrendered in Chhattisgarh. Yet, in violation of the rehabilitation policy, he was deployed in the Chhattisgarh police, given arms, sent to operations against his former comrades, who killed him soon after. Barring a handful, the Chhattisgarh police have deployed all the surrendered cadres on the Maoist front.

A few jobs, of handpump or cellphone mechanics, obviously cannot put end major assaults, but these can at least convince the guerrillas about the intentions of the state. Why would anybody surrender if the alternative is another life with weapons? Arms come as a last option to the Bastar tribal, in a moment of realisation that he has nothing to lose. He is unlike the comrades of Andhra and Bengal. His tribal world in the forest has been destroyed, he is now prepared to be killed. Military power might scare an opponent who dreams of a future after survival, but not those who have been invaded by a death wish, with a firm belief that revolution will come only a few generations after their sacrifice. In rare moments, his vulnerabilities do surface in the form of a desire for a home, a lover or a handpump. It is this moment that the state needs to focus on. Bastar tests not the insurgent’s death wish, but the state’s ability to transcend its prejudices and preferences and reach out to its subjects in novel ways.