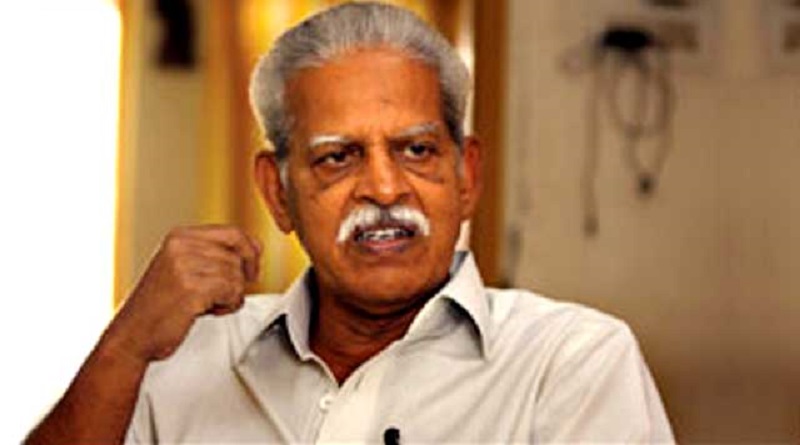 Revolutionary writer Varavara Rao confirmed that RK, who had gone missing after the major encounter between security forces and Maoists in Malkangiri, is alive, contrary to rumours. “RK is safe. We have clear information in this regard,” Rao told Express.

Rao then went on to add that Andhra Pradesh police had been harassing the local tribal people in the Andhra-Odisha Border (AOB) region, asking them to provide details about RK’s movements.

The revolutionary writer accused the Andhra Pradesh police of having killed nine Adivasis who were not associated with Maoist activities, during the encounter. “It was a brutal act on the part of police to kill innocent Adivasis by branding them Maoist informers. A combing operation is still going on in Malkangiri and other parts of AOB. This must be stopped by the police,” Varavara Rao demanded.

AP DGP N Sambasiva Rao hit back at Maoist sympathisers, saying, “We have been telling them that RK was not in our custody. But, they tried to blame us for his disappearance after the encounter. Now, they are saying he is safe. They should provide us his details as there are several cases against RK.”