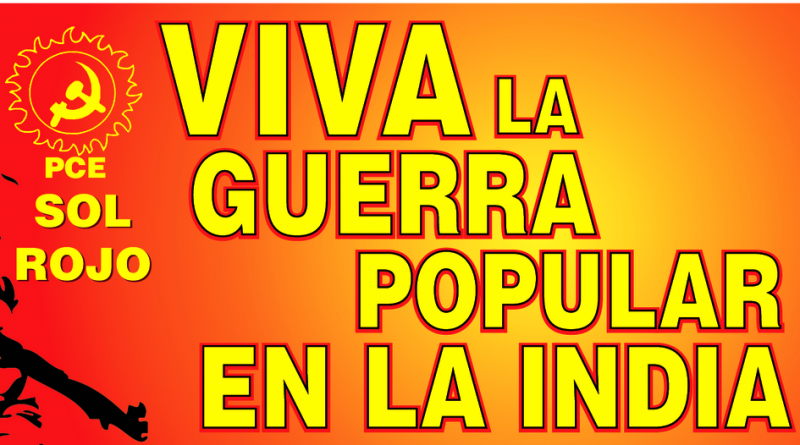 The parties and organizations in this Vth meeting expressed their warmest communist greetings to the glorious Communist Party of India (Maoist), its Central Committee, and its General Secretary, Comrade Ganapathy, to all fighters of Guerrilla Liberation Army, the new power bodies and the broad masses of the people of India, who have made achievements in people’s war, and wage a heroic struggle that is the leading light of hope for the international proletariat and the peoples of the world.

The people’s war in India is an important outpost within the revolutionary vanguard in the world; it forms part of the great new powerful wave of world proletarian revolution that has begun to develop under the leadership and guidance of Maoism. Today, it is a strategic point of reference for the liberation struggle of the peoples of the world to defeat the imperialist aggression. Its victory will change the balance of forces between revolution and counterrevolution worldwide and all communists, revolutionaries and progressives in general have a duty to support it with all forces. From Latin America we send the message that here we will move towards redoubling our efforts to develop people’s war and thus keep marching shoulder to shoulder with our brothers in arms in India.

We also express our strong rejection towards imperialism, reaction and revisionism of all stripes that attack the CPI (Maoist) and the people’s war. We especially condemn the old state of India and the perverse regime that seeks to drown in blood the struggle of the people. We condemn the ongoing genocide against the poorest masses, particularly of peasant origin, as well as the persecution of the revolutionary and democratic forces in town and country, who with great courage take firm stand for the rights of the people. We demand that the rights, life and health of our brothers as prisoners of war, as in the case of Comrade Ajith are respected.

We are fully confident that the communists of India, leading the people in people’s war, will carry the democratic revolution to completion, will continue uninterruptedly with the socialist revolution and the cultural revolutions, march along with us and all humanity to our common goal, the ever golden communism.