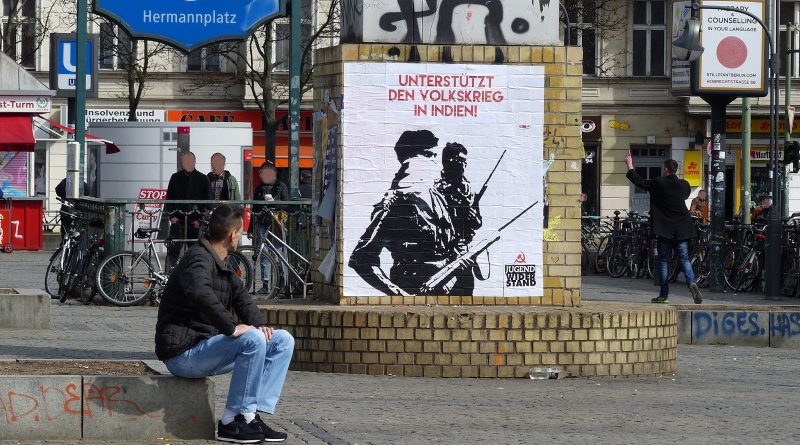 As part of the week of action, organized by the International Committee to Support the People’s War in India, in solidarity with the New Democratic Revolution in India diverse propaganda actions took place in Berlin and North Rhine-Westphalia. The Indian People’s War of the oppressed masses, led by the communists, has also an immense meaning for the revolutionary and anti-imperialist youth in the FRG. It demonstrates the vitality of Communism and is a constant source of inspiration and an example for the struggles that must be developed in our country – applied, of course, to the concrete situation in the FRG, an imperialist state. 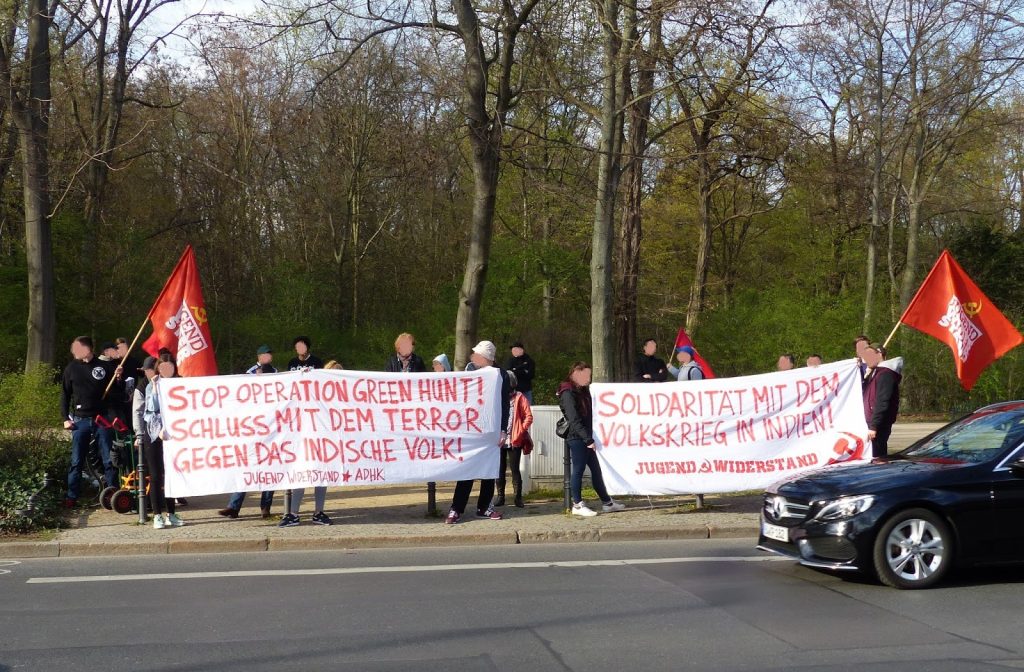 The semi-colonial semi-feudal Indian State reacts to the progressing revolutionary process with aggravated repression, terror and oppression. Apart from the massive relaunch of “Operation Green Hunt” (named after the green uniforms of the guerilla army) through the hindu-fascist Modi regime, a broad war waged by hundreds of thousands of military policemen against the people in the guerilla-controlled zones on the land of the Adivasi, especially in Jharkhand, Chhattisgarh, Bihar and West Bengal is taking place, as well as the never-before-seen air raid operations on the territories of New Power. This is first and foremost expressed by the increasing imprisonment and muzzling of critical revolutionary-democratic intellectuals, such as the 90% disabled Professor GN Saibaba. 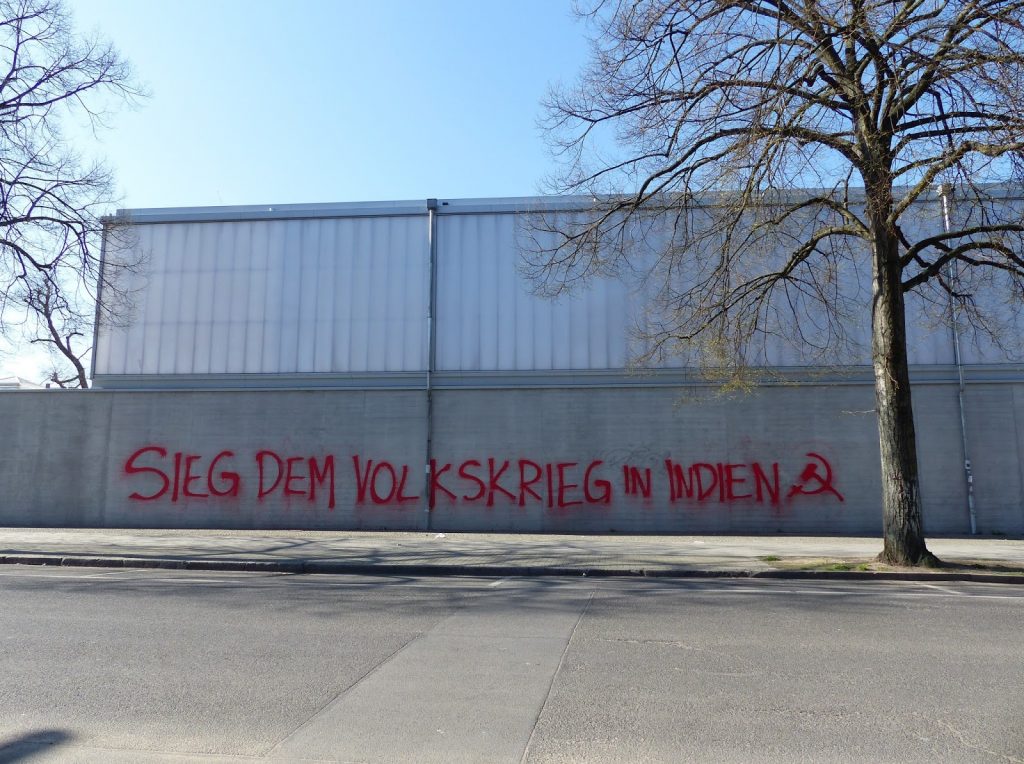 To send moral support to the comrades and to spread awareness on a local level of the presently almost largest and clearest revolutionary movement in the world, diverse agitprop actions were undertaken. Apart from distributing flyers with the committee’s callout for the awareness week, in Neukölln, a predominantly worker and immigrant neighborhood, a large mural was glued onto the central statue at Hermannplatz, which has been reaching out to the local farmer’s market visitors and passers-by for over a week. Next to the statues, large graffitis with the words “Victory to the Indian People’s War” have emerged. In Kreuzberg, an 8 meter-long banner with German and English-language slogans reading “Support the People’s War in India” was mounted in Görlitzer Park.

In Berlin, the awareness week came to an end with a rally in solidarity with the just struggle of the Indian People in front of the Indian Embassy, organized by Jugendwiderstand and ADHK. 25 persons protested on Friday afternoon with banners reading “Stop Operation Green Hunt! Put an End to the Terror against the Indian People” and “Solidarity with the People’s War in India!”, as well as slogans such as “The True Face of Democracy – Mass Murderers is what you are!”, “Freedom for all Political Prisoners!” and “Solidarity means Resistance – Struggle against Fascism in every Country!” in Tiergartenstraße. The committee’s callout as well as Jugendwiderstand’s contribution were read out loud and rebellious German, English and Indian music was played. 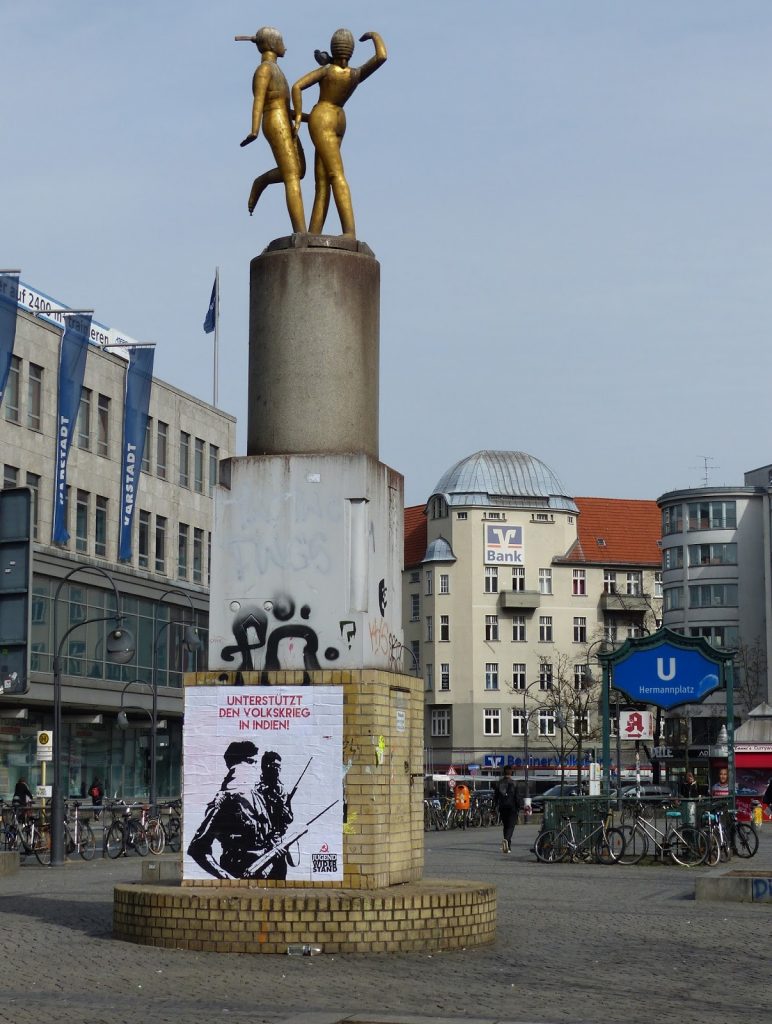 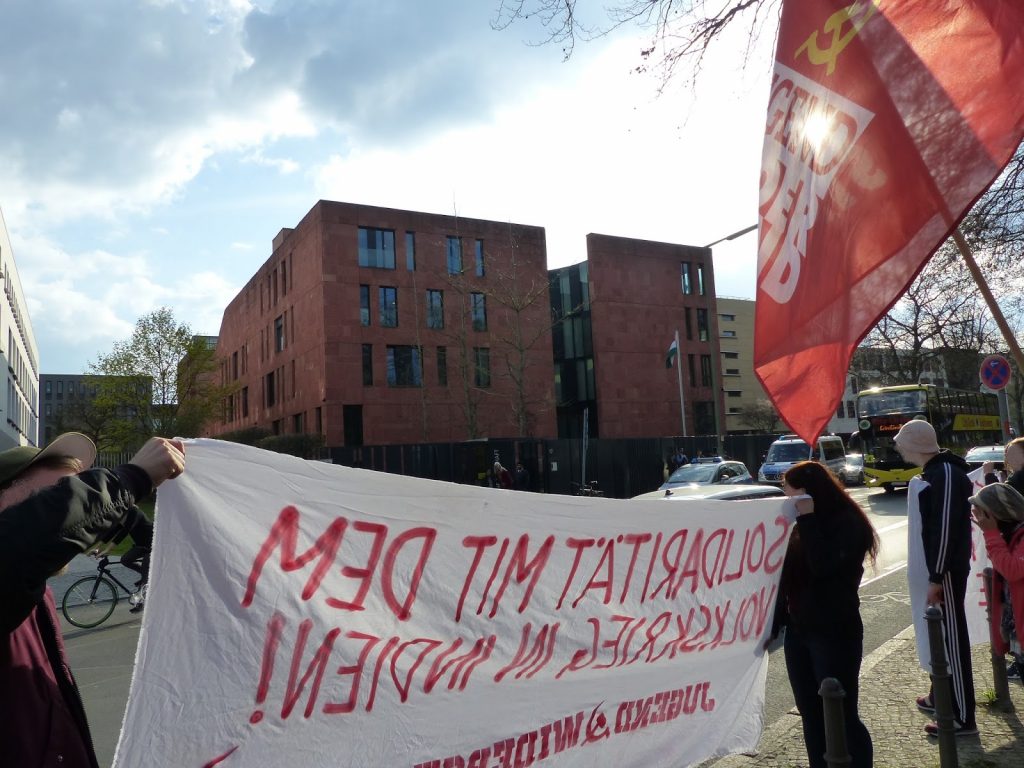