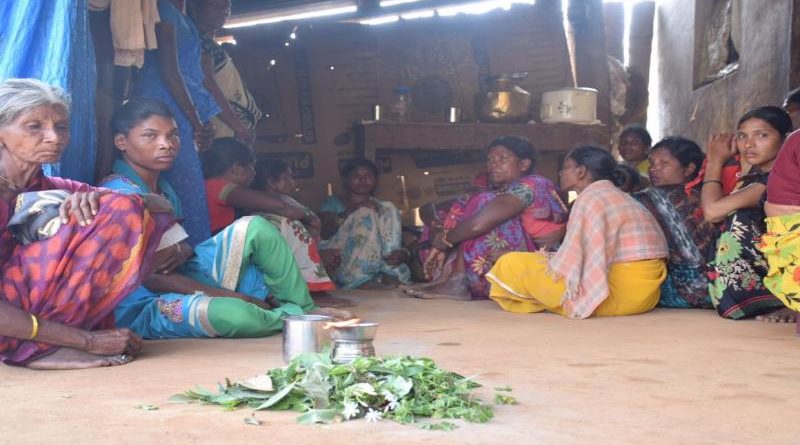 Excerpts from The Wire report (direct link to full report below):

Families of those killed have claimed that the men’s bodies did not have bullet injuries, but looked like they had been severely tortured.

Bhadradri Kothagudem (Telangana): There was nothing unusual in Nunawath Arjun’s phone call to his family on Wednesday (December 13) afternoon. Twenty-two-year-old Arjun had called his aunt, Chandini Ishawat, to exchange pleasantries and discuss the new workplace that he had joined only a few days ago. “He said he was earning well, Rs 400 per day. He told me there were eight of them working together,” Chandini said.

But the following day, Arjun – along with seven others – was killed in an alleged encounter with the police in the Tekulapally forest of Telangana’s Bhadradri Kothagudem district. Police recorded his ‘alias’ name as “Naveen”, but his family say they have never heard it.

“The SI came looking for us at around 2:30 pm. We immediately rushed to the hospital. We were able to take a close look at Arjun’s body lying lifeless at the Kothagudem government hospital before the post mortem was conducted,” claimed Chandini. (…) Chandini alleged that the body was in a terrible state, with deep gashes on the forehead and chest. Arjun’s feet were allegedly twisted to a side, and arms and jaw were broken, she said. “His face looked as if it were beaten with some hard object. It was severely mutilated. He was killed in a cold-blooded fashion and later it was shown as encounter death,” Chandini alleged.

The family further claimed that the body showed no bullet marks. “We inspected the body closely to look for bullet marks on it, both at the hospital and after getting it home for the cremation. Bullet injuries could not be found,” said Yesu Bhukya, a neighbour and also a close relative.

According to Jha, no officials were injured in the “fire exchange”. “Some suffered bruises, but nothing serious,” he said. Jha also added that the ballistics report is yet to be compiled and the number of bullets fired is unknown. “These reports take some time.”

The families of the deceased, however, have raised serious doubts over the nature of the operation and credibility of the police’s claims.

Seenu’s cousin alleged:
“His testicles were ruptured and his pants were stained with blood; blood had oozed from his mouth, hands and forehead. His jaw was completely dislodged. He also had deep wounds on his shoulders.”

The family alleged that Seenu was not killed in the way the police claims – an exchange of fire – but rather was abducted and taken to the spot along with the seven others and killed in a fake encounter.

Adinarayana’s body too bore several injuries, which his family felt were from being hit with a hard object. “His head was severely smashed,” said his mother Lakshmi.