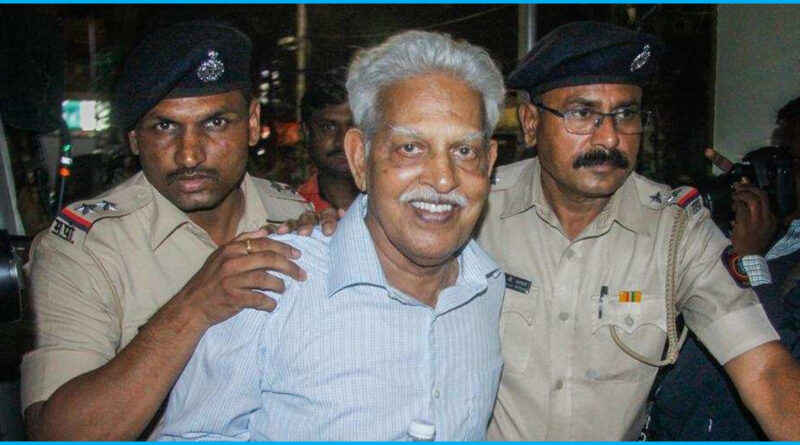 Jailed activist and poet Varavara Rao is being looked after by his fellow prisoners Vernon Gonsalves and Arun Ferreira rather than competent medical authorities in Taloja Jail in Navi Mumbai, his family have said.

The family members have raised alarm about the 79-year-old’s health and said he is not getting proper care in the prison’s hospital ward.

“We do not know about his health or medical treatment he is getting. But we came to know that Vernon Gonsalves and Arun Ferreira are assisting him in the hospital ward. There is no medically trained person to look after him,” Rao’s daughter P Pavana said.

Rao was moved to the state-run JJ Hospital on July 13 after his family first raised concern about his health. He tested positive for COVID-19 there and developed more health issues. After the National Human Rights Commission intervened, Rao was shifted to Nanavati for further treatment. He was discharged on August 26 and sent back to Taloja Jail’s hospital ward.

Rao has been lodged in Taloja Jail in connection with the Elgar Parishad case, which police alleged led to the violence at Koregaon Bhima in 2018. He was initially placed under house arrest from August 2018 to November 2018. He was then taken to Yerawada Jail and lodged there till February 2020. After the Elgar Parishad case was handed over to the National Investigation Agency, all male accused in the case were shifted to Taloja while the women accused (Soma Sena and Sudha Bhardwaj) were moved to Byculla Women’s Jail in Mumbai. All of Rao’s five bail applications have been rejected so far.