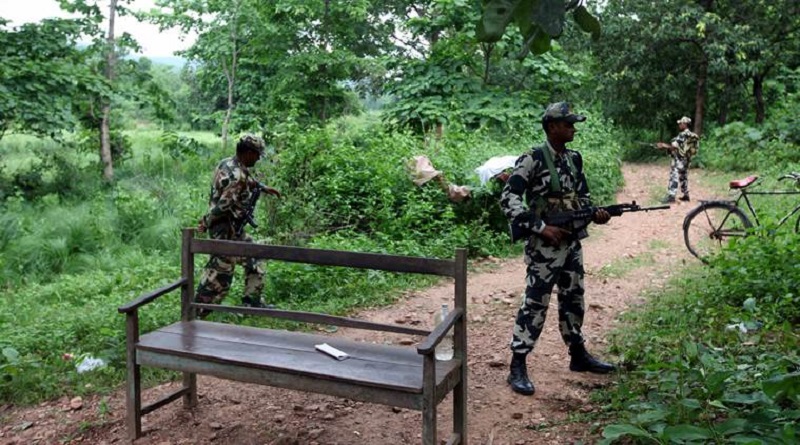 The Maoists also ordered that all developmental works underway in blocks and panchayats be stopped.

Barely a month before the three-tier panchayat polls in the state are to be held, Maoists are reported to have abducted four officials in charge of elections and a villager from a remote area in the Maoist-dominated Malkangiri district Friday morning.

Five local officials had on January 11 gone to Panasput panchayat in a stretch of 150-odd villages bordering Andhra Pradesh but cut off from Odisha mainand by Balimela reservoir, for receiving nomination papers of the candidates contesting different posts in panchayat polls.  The polls are slated to be held between February 13 and 21.

Odisha home secretary Asit Tripathy said junior engineer Kaminikanta Singh and panchayat extension officers Purusottam Behera, Lingaraj Majhi, Prabin Soren and Hrusikesh Nayak had gone to Pansaput panchayat on January 11. “They were supposed to return on January 18 after the nomination and scrutiny process. They were last contacted on Thursday 5.30 pm over mobile phone. But there is a rumour in that area they may have been abducted. They were supposed to inform every evening. If we don’t get to hear from them this evening, we will take further course of action,” said Tripathy. The home secretary said DGP KB Singh has been asked to confirm.

A local villager Manoranjan Sisa, too, was abducted along with the officials.

Majhi, who is in-charge of Jantri panchayat’s election process, reportedly escaped abduction as he had gone to a river for morning ablutions when Maoists arrived at his office. He ram off as he was tipped off by villagers.

Early this week, the CPI (Maoist) Malkangiri Divisional Committee has threatened the tribals to neither contest in the polls nor cast votes. The Maoists through posters had warned the tribals that anybody found doing so would be “sentenced to death” in people’s court. The posters also threatened to slice off thumbs of those who would vote. The Maoists also ordered that all developmental works underway in blocks and panchayats be stopped.

In 2012 panchayat polls, Maoists had put up their candidates in Malkangiri and a majority of them had won unopposed. The Maoist front of Chasi Mulia Adivasi Sangh, which has a considerable presence in Kalimela block, managed to get eight panchayat samiti members elected unopposed. However, a few months months later, Maoists forced around 63 panchayat members to resign on various grounds. The resignations were rejected as they did not bear signatures.

In April 2015, over 20 Maoists from Chhattisgarh had abducted 11 people, including a former chairman of panchayat samiti from Mathili block of Malkangiri district. However, they were released a day later following a praja court allowed so.