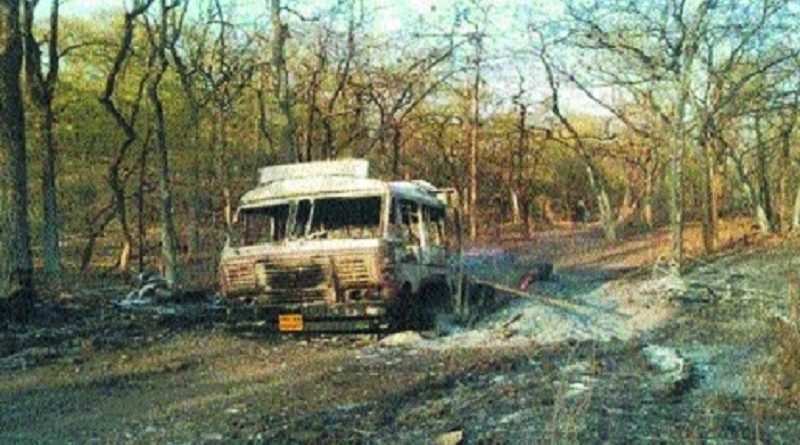 Naxalites burnt down four vehicles near Kothri village in Chamorshi taluka on Wednesday afternoon, creating a sensation in the area. According to information, some vehicles were engaged in transporting bamboo felled by Forest Department in Kothri forest near Ghot. Around 25 to 30 Naxals stopped two trucks and two tractors on Ghot Potegaon road around 2 pm on April 12 and set all the four vehicles afire. The trucks belonged to Ballarpur Forest Department while tractors were privately owned. The Naxals fled away into the forest after torching the vehicles.

It may be mentioned here that on December 22 last, some Naxals had burnt down as many as 80 trucks near Surjagad which were engaged in transportation of iron ore.