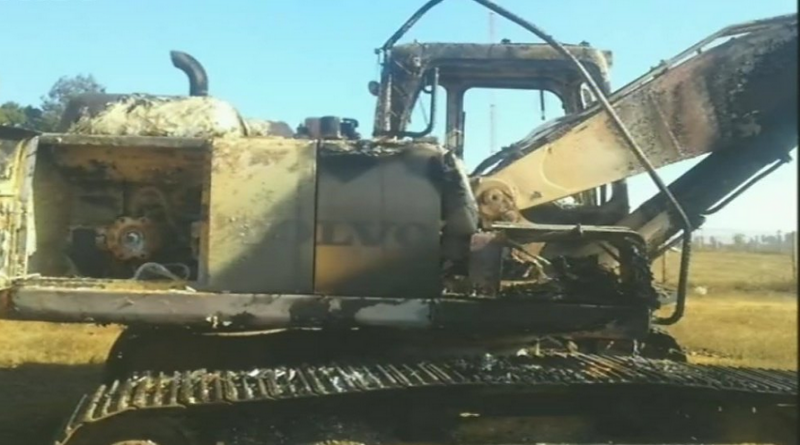 RAIPUR: Naxals stormed bauxite mines of Hindalco on the Chhattisgarh-Jharkhand border and set ablaze six vehicles and blew up two weigh-bridge units in the wee hours on Friday, police said.

Balrampur is located around 400 kms away from here in the northern part of Chhattisgarh.

The mines are located on either side of a road on the inter-state border, the officer said.

While a poclain machine, one truck and a hyva truck were torched in Kudag area which falls under Samri police station limits, two poclain machines and one loader machine were set ablaze in Kukud area in Latehar, he said.

The vehicles and machines were engaged in mining operation, the official added.

Maoist also blew up a weigh-bridge unit at both Kudag and Kukud. No one was reported to be hurt in the incident, he said.

However, two guards who were on duty in the area, were beaten up by maoists before fleeing from the spot. A police team rushed to the spot and a search operation was launched in the region to trace the maoists, he added.