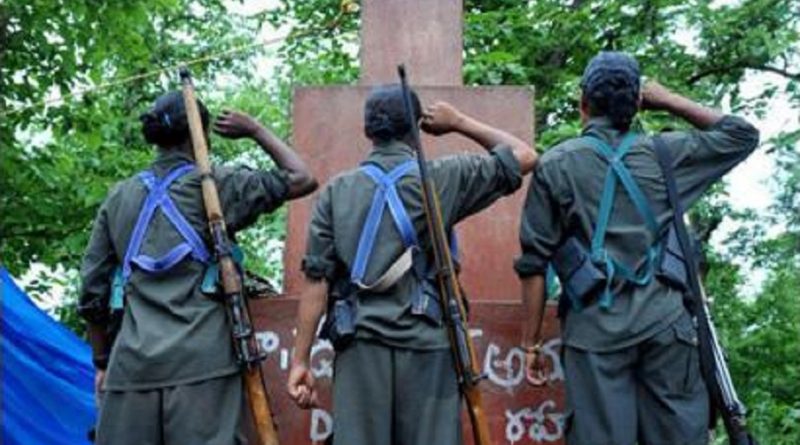 By Debabrata Chakrabarty. This article was written on the occasion of the meeting held in memory of Comrade Himadri Sen, West Bengal State Secretary, CPI (Maoist). The meeting was held at the Bharat Sabha Hall, Kolkata, on August 29 2016.

What is their lot in life? Harassed by the police, watched by spies, under constant financial strain, facing total government apathy, anxiety, and helplessness. Scouring through every report of every police encounter, dreading the worst. And even when the names are those of others, getting little consolation – after all, those names, relief notwithstanding, are also loved by the ties of political ideology – an ideology of utter selflessness and sacrifice in the quest for radically changing society.

Comrade Himadri Sen (Somen)’s wife Shikha spoke with strength during the recent meeting commemorating his life, at the Bharat Sabha Hall in Kolkata. Suppressing tears, she spoke of the revolutionary spirit that lay at the core of this life-long communist. She spoke of his struggle for others, of the immense respect that even his political opponents held for him, of the quiet way that this man, who spoke only sparsely, loved her, of the letters he wrote from jail, of the relentless fight in the courts, dragged from jail to jail, and the cancer that tore into him finally.

Dressed in a worn saree, she spoke about him with pride. Bharat Sabha Hall, filled to the edges, listened with rapt attention as she described the unconditional love that Comrade Somen and his family had for the toiling masses. In the audience were workers of the civil rights movements, farmers who had come from as far as Murshidabad and 24 Parganas to pay their respect to Comrade Somen, and youth from various students movements. They listened, coming to know Comrade Somen – their beloved Bachchu-da – through the eyes of Shikha. On the dias were several senior political figures – Gour Chakraborty, the one-time spokesperson of the CPI (Maoist), who had just been released after seven years behind bars; Narayan Sanyal, the octogenarian Politburo member of the CPI (Maoist) (on the charge of meeting whom, we might recall, Dr. Binayak Sen had been imprisoned for over two years), Santosh Rana, and others.

Somen is unknown to most in our society. He was not a celebrity, a famous intellectual, a much-listened-to pundit, or a man who, having been applauded by the fashionable media, was now engaged in producing reams of rubbish. There were no interviews of him in circulation, and he had not settled into the defeated middle class life, ensconced in government housing, that is the fate of some radicals. An ordinary man who had led an extraordinary life – standing beside the toiling masses, from Nandigram to Lalgarh, from one underground shelter to another, until the State one day threw him in jail – a life of uncompromising struggle – that is what the audience heard from Shikha.

Perhaps one day someone will write a history of this extraordinary man; perhaps a future generation will come to know about him. But today, at Comrade Himadri Sen’s Memorial meeting, we understood why the wife of a revolutionary holds her head high, and why, in the face of such repression, she lives with such dignity.

Many of us have not seen Comrade Himadri Sen, but today we saw Shikha, the revolutionary’s wife. May Shikha live as an eternal flame.