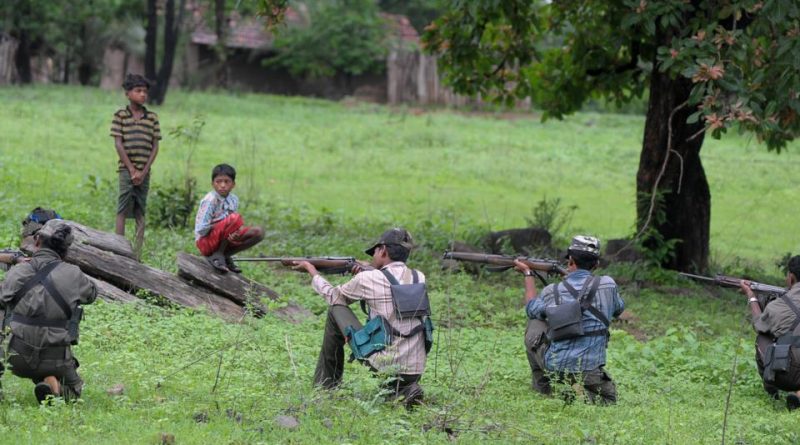 Security specialists say the Maoists are adapting themselves to the changing ground situation. With the region teeming with 118 paramilitary battalions comprising 120,000 troops, they are taking to the aerial route to attack.

One night this February, six rockets whooshed out of the forest and burst into flames, raining shrapnel into trees surrounding a police camp in Chhattisgarh. No lives were lost but the explosions sounded a loud alarm for the security forces fighting a decades-old, violent Maoist insurgency.

Until recently, the Central Reserve Police Force (CRPF) cleared all the trees and shrubs before pitching their camps in the forests where the rebels hold sway. But these days the trees are left to stand as a shield against projectiles that the insurgents seem to fire with worrying frequency.

Security specialists say the Maoists are adapting themselves to the changing ground situation. With the region teeming with 118 paramilitary battalions comprising 120,000 troops, they are taking to the aerial route to attack.

“The more we learn their tactics, the more they learn our tactics,” said a senior CRPF officer involved in anti-Maoist operations. “As we improve, so do they.”

The Maoists’ crude artillery of rockets and mortars was on display even during the deadly ambush in Sukma two weeks ago that killed 25 CRPF soldiers. The guerrillas used five different kinds of airborne projectiles in the ambush, officials said.

One of the projectiles seized from the spot of the attack was what security forces describe as the “Rambo arrow”. Fired from a traditional bow, the arrowhead carried low-grade gunpowder that explodes on impact after hitting a target.

“Rambo arrows don’t cause much damage, but they disorient you in the fog of war,” said a CoBRA trooper who survived the ambush. The CoBRA is a special commando unit that specialises in guerrilla warfare.

Intelligence officials who studied the ambush said the projectiles were used to force troopers to abandon cover positions and come into the open, where they were picked off with gunfire.

The rockets, including the crude versions, bear testimony to the Maoists’ changing tactics under heightened pressure exerted by the swelling number of security forces. Their area of influence has shrunk over the years and mounting ambushes are becoming difficult, though not entirely rare. Triggering improvised explosive devices (IEDs) is also becoming a challenge.

“We have been recovering IEDs of increasing sophistication,” Jamal Khan, the principal of CRPF’s Institute of IED Management at Pune told HT. “As we have grown better at identifying and defusing IEDs, the Maoists have been forced to adapt”.

The new emphasis on airborne projectiles, field officers say, is a logical next step in a decades-long game of cat-and-mouse between soldiers and guerrillas. The CRPF has been in Chhattisgarh since 2003, but troopers began venturing into the forests in 2009-10 during Operation Green Hunt. “As forces increased and training improved, the Maoists started to rely more on IEDs and less on ambushes,” said a senior CRPF officer, who served at the time in Dantewada, a small town in the conflict zone.

In 2012, the CRPF set up the IED institute to combat this threat. That year, the force identified and defused 587 IEDs – which rose to 1072 IEDs in 2016. As the forces grew more adept at finding IEDs, the guerrillas changed tack again.

The Maoist rocket was first seen in 2012 when a rudimentary version was lobbed into a Border Security Force camp in Narayanpur.