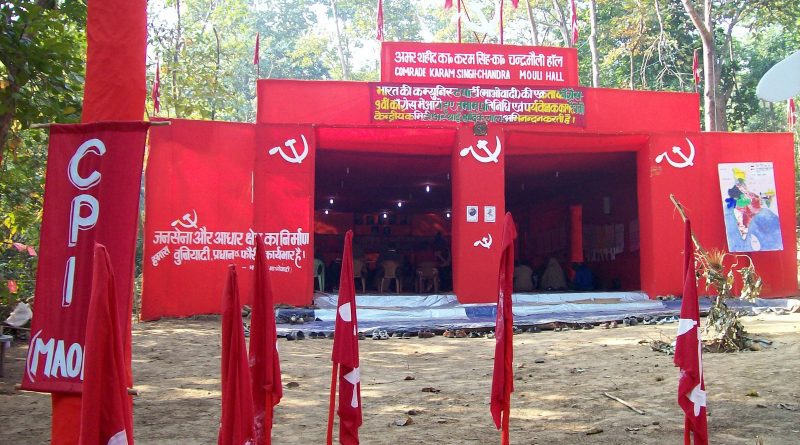 MALAPPURAM: Nadukani Area committee of CPI (Maoist) organised an anniversary celebration programme of the party’s formation at Mukkavala near Nadukani in Nilambur forest on Saturday.

A press release of the party issued on Saturday says that party leaders including central committee members and state leaders attended the programme. The celebration programme held at tri-junction of Kerala, Karnataka and Tamil Nadu began with the marching past of the People’s Liberation Guerilla Army (PLGA) of Maoists, the press note of the party says.

Different leaders who spoke at the function have emphasized the need of bringing the entire Dalits and tribal people in three states under the banner of the party. The party also has released a new photo of the anniversary programme which was held somewhere inside Nilambur forest on September 21. Police sources have identified the man in the photograph as Maoist leader Vikram Gowda.

On September 21st the Western Ghats Zonal committee of the party had issued a press release exhorting people of Kerala to fight against the exploitative policies of the governments and to open a battle for the uplifting of tribal people in the region. The press note released in connection with the anniversary programme of the zonal committee also had demanded the centre to withdraw armed forces from Kashmir.

Though photographs of the programme were also released by the committee, the faces of the participants were not clear enough for the police to identify. But the police have stepped up vigil in the area after the programme.