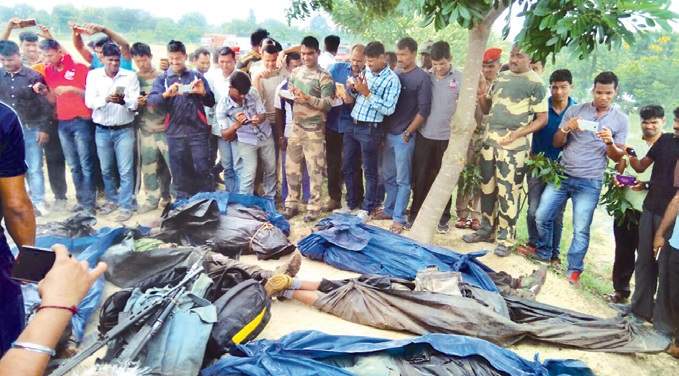 The bike of Harijan, gutted in fire, was also recovered from a nearby spot. Similarly, the body of Lalu Naik of Salpang village was found in a nearby forest area, the SP said. The rebels had apparently thrown Naik’s body in the jungle after sliting his throat, he said. The Maoists suspected that the information about Harijan had helped the police track the whereabouts of one Sangita, a woman cadre of the outfit on October 15, police said, quoting Harijan’s wife’s version.

Harijan’s wife told the cops that Maoists therefore killed him under suspicion of him being a police informer and took away his ‘Aadhaar’ card, ration card, voter card and bank pass book. Harijan and Naik were among the eight persons allegedly kidnapped from three villages by the ultras earlier. While six others were released yesterday, the bodies of Chemu and Lalu were found today, police said.

The SP said that a close watch is being maintained over the development. A high alert has been sounded asking CRPF, SOG and district police to remain alert. The Maoists are active in 10 out of the 13 blocks of the backward Kalahandi district. The tribal-dominated Lanjigarh, Bhawanipatna, M Rampur, Thuamul Rampur, Golamunda, Junagarh and Koksara blocks are highly Maoist-affected, police said.