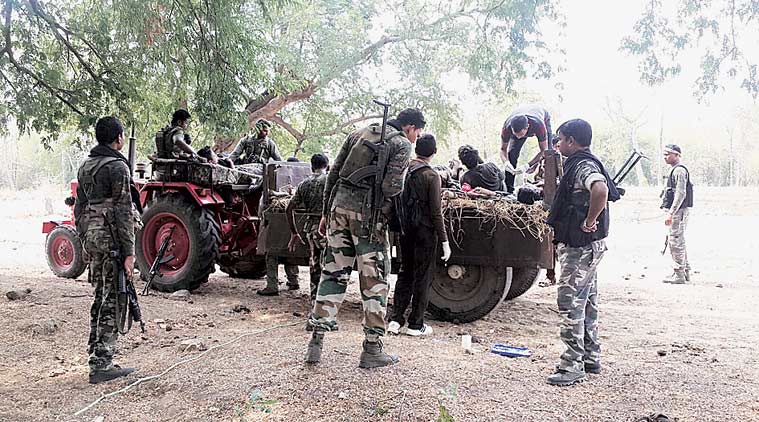 According a statement by the Sukma district Superintendent of Police Mr. I. Kalyaan Elesela, a pressure IED blast took place in Errabore village market on Sunday when the security forces were heading to the market area for security duty.

“One CRPF head constable suffered injuries in the blast. Immediately after the blast, the police inspector of Errabore police station and teams of the Special Task Force (STF) left for the spot and started searching the surrounding area. Around two kilometers from the road, our parties were fired upon (by the Maoists),” said Mr. Elesela.

The SP claimed that after retaliatory fire from the STF, the area was thoroughly searched and a dead body of a Maoist was recovered along with a country made revolver.

“It appears that a small action team of the Maoists was present in Errabore which tried to divert attention (of security forces) by triggering the blast and then planned to attack the security forces in the market. However, swift action by the police averted any such mishap. Three more IEDs were recovered from Errabore (Market area). The search of the surrounding area is still going on,” he added.

The injured CRPF head constable belonged to the 212 battalion and was shifted to Jagdalpur district headquarters of Bastar for treatment.