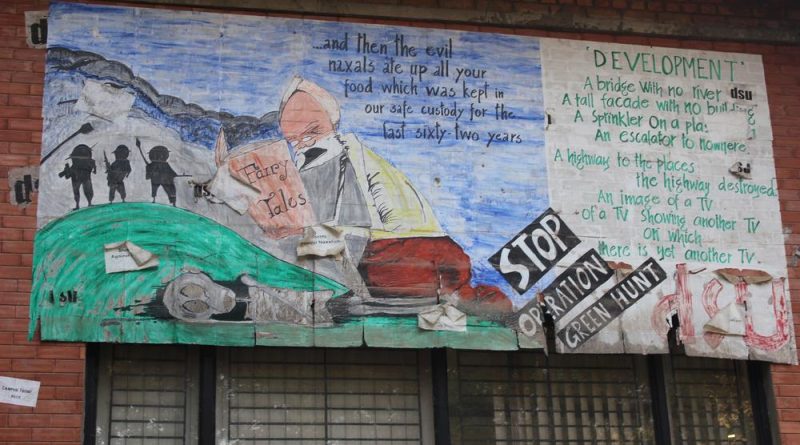 Maoist leader Kobad Ghandy of banned outfit CPI (Maoist) was today produced before the court of Additional Sessions and District Judge Mohammad Gulzar in connection with the case registered against him by Patiala police for delivering anti-national speeches on Punjabi University Campus in 2010. During the proceedings, the prosecution produced witness Balwinder Bhardwaj, who deposed before the court, while the prosecution listed the names of Amrik Singh, Sukhwinder Singh and the then deputy superintendent of police (rural) Hardevinder Singh to depose before the court. The court has now fixed September 28 and 29 as the next dates of hearing in the case. The Maoist leader was brought here from Cherlapally Jail in Telangana last evening by half a dozen security personnel. He was kept at one of the police stations overnight. As the court has decided to continue with the hearing on a day-to-day basis, Ghandy was sent to the Central Jail with special directions to the Jail Superintendent and the Medical Superintendent, Government Rajindra Hospital, to ensure that there was no let-up in providing Ghandy with immediate medical treatment as he has been suffering from  certain ailments. In January 2010, Ghandy was booked by the Patiala Sadar police under Sections 10, 13, 18 and 20 of the Unlawful Activities Prevention Act (UAPA) and Sections 419 and 120-B of the IPC for holding meetings on the Punjabi University premises in April and May 2009 to promote Maoist ideologies. Earlier, one his associates, Bacha Yadav, who was also facing charges under Unlawful Activities Prevention Act (UAPA), was discharged by the same court for want of prosecution sanction, which was to be given by the Union Government. He was released from the Central Jail, Patiala, in June. Ghandy was arrested by the Delhi police in September 2009. He had later moved a bail plea in the Punjab and Haryana High Court, which was rejected. He had pleaded that he was booked for delivering a lecture on the Punjabi University Patiala campus in April and May of 2009 and at that time the CPI (Maoist) was not banned. The CPI (Maoist) was banned in June 22, 2009, he had argued.