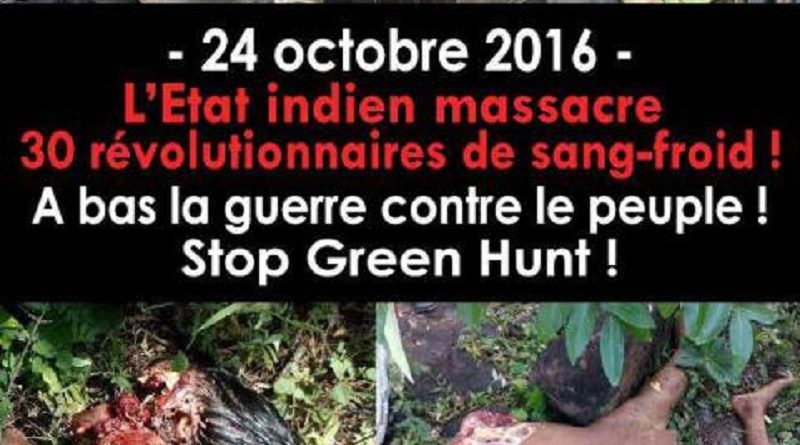 Communiqué of the CRI Rouge (International Red Collectif for the Defense of Revolutionary Political Prisoners):

On October 24, 2016, 30 revolutionaries from India were cowardly and brutally murdered and then mutilated by the special police forces at the order of the fascist and reactionary Indian state. The State is now ready to do anything to subdue by terror and barbarism the just and legitimate revolution of the people of India.

This massacre of October 24 is an addition to the long list of abuses ordered for several years by this terrorist state, which did not hesistate to launch Operation Green Hunt in 2009 – a veritable open war against the people and the revolutionaries who they support – and that today has led to the death of several thousand people in the total silence of the media, international organizations and with the complicity of the imperialist states, more concerned with their business interests than with respect for the most basic human rights.

Today, the CRI Rouge (red internationalist collective for the defense of revolutionary prisoners) strongly condemns all these massacres and barbaric killings, and demands an immediate end to Operation Green Hunt. The CRI Rouge is also mobilizing to demand the immediate and unconditional release of all political and war prisoners, especially in India. Finally, the CRI Rouge calls on all revolutionaries, all anti-imperialist militants, all progressive and democratic forces to support the struggle of the people of India and to make known not only the barbarism with which it is treated but also its heroic resistance for emancipation and social justice, as their situation is completely ignored everywhere.

Glory to the martyrs of the revolution in India!

Long live the just and legitimate struggle of the people of India!

Down with the reactionary fascist state of India and imperialist domination!

Long live solidarity amongst the people! 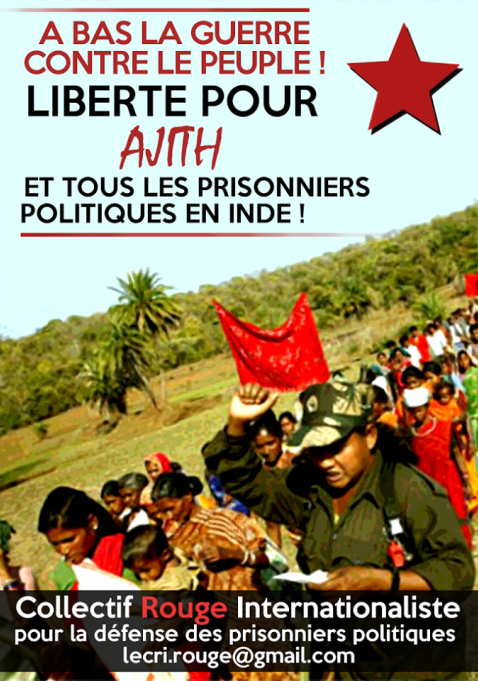 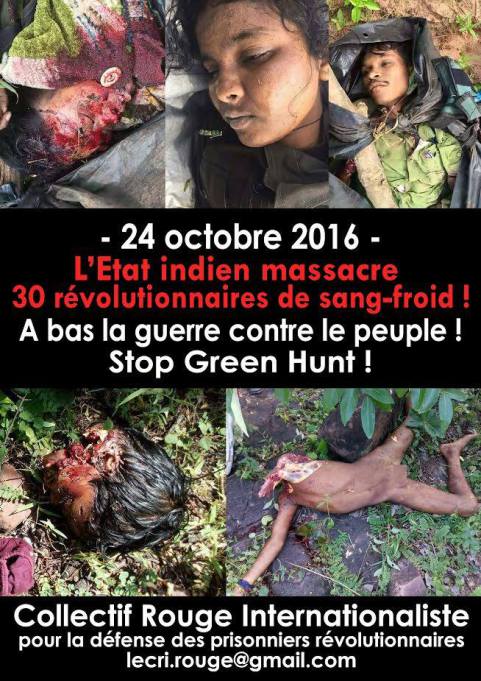