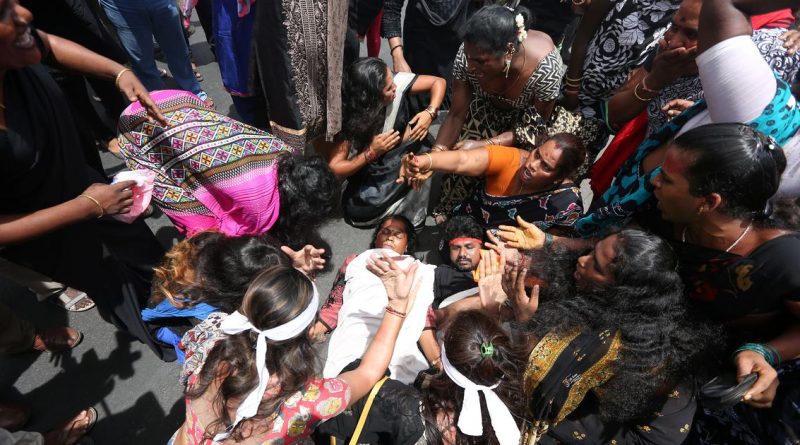 Condemn the Massacre of 13 Protesting People by The Police in Thoothukudi, Tamil Nadu!
Condemn the Indian State that Protects the Corporations and Kills its own People!

Indian Workers’ association, Great Britain condemns the massacre of 13 protesting people including women by Police in Thoothukudi (aka Tuticorin), a port city of Tamil Nadu state on 22nd May, which was the 100th day of the ongoing protests participated by thousands of people. The protests are against the expansion of Sterlite Copper, India’s largest copper smelting unit and a subsidiary of London based Vedanta Corporation, owned by Anil Agarwal. It has become clear from the numerous video recordings that are emerging, as well as the eye witness accounts, that the Police in plain clothes standing atop vehicles shot directly at the protesting people, aiming to kill them. The fact that most of those killed and wounded seemed to have bullet wounds in the top torso or part of the body above the waist indicates that the Police shot at the protesting public to kill them, rather to scare and disperse them away. It has to be noted that target killing of unarmed and peacefully agitating protestors by armed police has increasingly becoming a norm over the recent years in India.

Killer Vedanta’s track record of environmental destruction: The people of Thoothukudi district have been protesting for more than two decades against Sterlite, which has been severely polluting the water courses, ground waters and the air in the surrounding areas, causing several deaths and miscarriages. It is to be noted that the Vedanta Group has a track record of Goa mining scam, destruction of the environment and serious violation of human rights. They were kicked out of Maharashtra in 1994 as a result of people’s protests only later to be allowed location in Tamil Nadu, without due consultation with the local communities and in gross violation of the environmental regulations. They have been the subject of strong protests by thousands of tribal (indigenous) peasants against their bauxite mining and aluminium processing plant in the Niyamgiri hills of Orissa State.

This massacres is the result of dilution of Environmental regulations by the Modi government: A report published by the Indian newspaper Business Standard, which accessed Union Environment Ministry’s and several court records, reveals how the Modi government made an interpretation to environmental regulations in December 2014, to help particularly plants such as that of Vedanta’s Sterliteat at Thoothukudi to be built without consulting people of the project-affected area. In the name of ‘Ease of Business’ the Modi government diluted the existing laws such as environmental, labour and FDI laws in order to please the mega corporations including the foreign ones. These amendments by Modi tie into the neo-liberal agenda being dictated by Washington based trinity of IMF, World Bank and World Trade Organisation (WTO) in the name of globalisation and free market. Thus the Modi government is directly responsible for the massacre at Thoothukudi.

Unholy alliance of BJP and Congress in collusion with successive Tamil Nadu State governments: According to a report published by the Association for Democratic Reforms, Vedanta Group which donated billions of Rupees to both the national Parties stands as the top donor. This clearly indicates that successive Indian Governments, in collusion with various State governments, have been serving the interest of the greedy corporations and not the People of India. We condemn the outrageous murder of innocent People of Thoothukudi and stand in complete solidarity with their demands for justice.