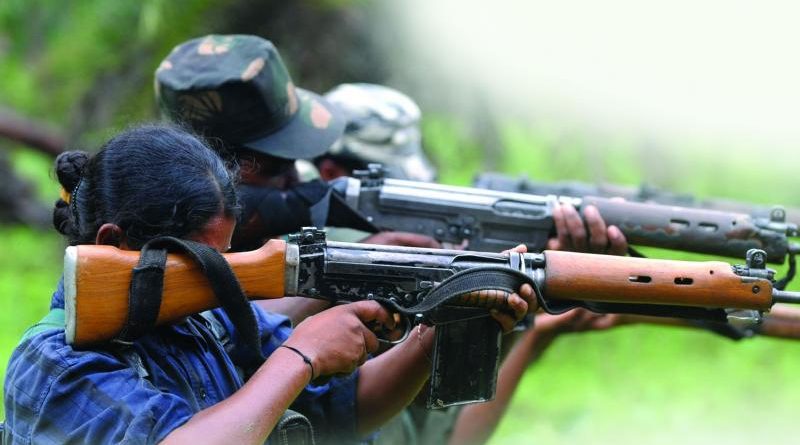 Hyderabad: Maoists still have a mass base of 200.000 cadres spread over 35 districts and possess nearly 10,000 firearms, 4,000 of them company-made and the rest countrymade, according to a report of the Special Intelligence Branch, the anti-Maoist wing of the Telangana State police.

In the report, the police alleged that the Maoists still extort 1.200.000.000 to 1.500.000.000 roupies every year through extortions/levies from various sources like contractors industria-lists/businessmen.

The April 25 Maoists’ ambush of CRPF personnel in a neutral territory in Sukma district in Chhattisgarh saw a large number of militia members working in support. CRPF additional director general Sudeep Lakthakia said, “Security forces getting ambushed is an operational hazard in tribal areas. The Maoists and the militia supporting them are large in number. They had a 1:5 superiority during the recent attack.”

Prof. Nandini Sundar from the Delhi School of Economics’ department of sociology, who has done extensive work on tribals in the area, said: “How many deaths will it take to realise that too many people have died?”

She said the only permanent solution was dialogue and ensuring the constitutional rights of the Adivasis over their land and forests. “The security establishment is trying to claim that they have reduced the Maoist footprint and this is the last gasp. Unless the underlying issues are addressed, only sending in more CRPF personnel will not work.”