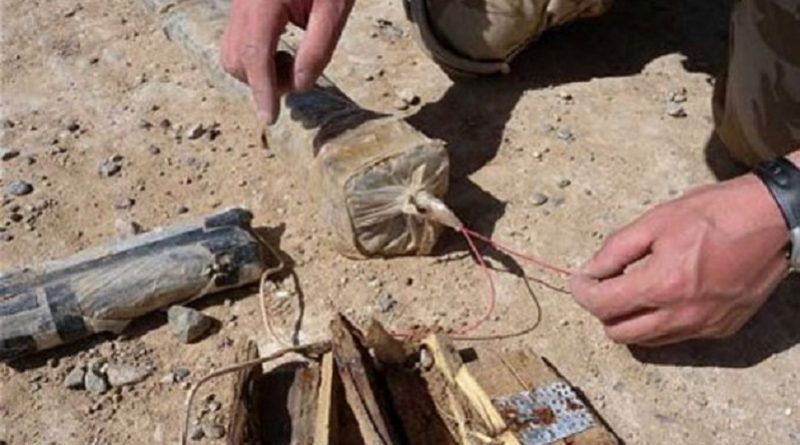 Paramilitaries had launched area domination exercise from Sarkeguda towards Tarrem, located around 450 kms away from the state capital.

Security forces on Monday recovered a powerful improvised explosive device (IED) planted by Maoists from Chhattisgarh’s insurgency-hit Bijapur district while carrying out an area domination operation in view of the Independence Day celebrations.

The explosive, weighing around 5 kgs, was unearthed by a team of Commando Battalion for Resolute Action (CoBRA) 204th battalion – an elite unit of CRPF between Sarkeguda-Tarrem villages under Sarkeguda police station limits, a CRPF official told PTI.

Paramilitaries had launched area domination exercise from Sarkeguda towards Tarrem, located around 450 kms away from the state capital.

Meanwhile, they spotted the IED placed in a steel container beneath the ground near a culvert close to Rajpeta  village, the official said, adding it was meant to harm security personnel during their operations in the area.

The explosive was immediately neutralised by the bomb disposal squad (BDS), he said.

Notably, security was beefed up in all the sensitive places across Chhattisgarh particularly those hit by Maoist menace in view of the Independence Day celebrations today. Armed guards were deployed at all the important  government establishments.

Additional security arrangements have been made at the headquarters of each of the districts of Bastar division comprising Sukma, Dantewada, Bijapur, Narayanpur, Kondagaon, Kanker and Bastar districts, a senior police official said. Besides, patrolling was intensified in the interior forest pockets and inter-state borders to check suspicious movements, he added.