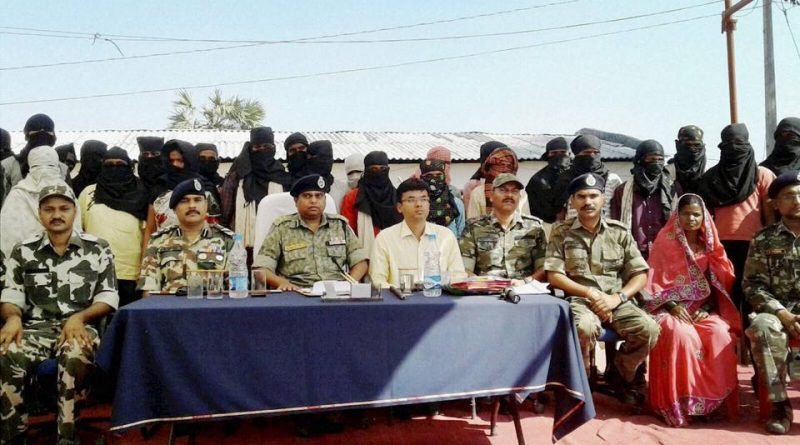 Much like the Salwa Judum, where the Chhattisgarh government claimed that villagers were voluntarily leaving their homes and coming to live in camps, the government is now claiming that hundreds of people are surrendering and coming to live with the police for their own protection. But just as Salwa Judum was found to be a State-sponsored movement, the surrenders are turning out to be custodial detention by another name. The only difference is that the courts, which declared the Judum illegal, have yet to take a call on the State’s surrender policy.

The case of Podiyam Panda, a former sarpanch, who allegedly surrendered before the police on May 9, brings the police lie into stark relief. He was picked up from near his village on May 3, and has been in police custody since. After several failed attempts to meet him, his wife filed a habeas corpus petition in the high court in Bilaspur on May 12. He was produced 10 days later, under heavy police escort. In the presence of policemen who stood not far from him, Panda told the court he would rather stay with the police than go with his wife and children. Despite his brother’s testimony that he had seen evidence of torture, the court did not order a medical examination, or ask the police to explain the six-day gap between when the Press reported his arrest and the police claimed he had surrendered. Panda was not allowed any time outside of police custody before making his statement.

Panda is now back in police custody, and his ‘confession’ to being involved in the recent Sukma attack and to have served as a conduit between rights activists and journalists and Maoists, serve two purposes — to discredit critics of human rights abuses by the security forces, and show that the police is taking quick action after 25 CRPF men were killed.

In fact, Panda is not a Naxalite but the former sarpanch of Chintagufa village in Sukma district, a man well-respected locally. He maintained his village as an oasis of peace in the midst of Salwa Judum, and helped both the CRPF and villagers.

While the Chhattisgarh’s government’s surrender policy helps the police keep people in detention indefinitely, it has two main advantages: Legal and psychological.

Unlike an arrest, where a person has to be produced before a magistrate within 24 hours, law and policy are silent on any mechanism to test a surrender’s voluntariness. Surrenders also ease the pressure of proving a person’s involvement in any actual crime.

Surrenders can, therefore, be used to cast a wide and indiscriminate net. Many villagers are picked up from their homes and held for months, while the police decides what to do with them. Some are subsequently ‘arrested’, others kept in police camps, while the lucky ones get to go home. The police declare they have been given ‘cash incentives’ of Rs 10,000 to Rs 1 lakh for surrendering — investigations on the ground reveal that few have actually seen this money. In 2015, a state screening committee found 75% of the surrenders forwarded by the police did not qualify as Maoist cadre, and were ineligible for rehabilitation; in 2016 that number went up to 97%.

Psychologically, the surrender myth has several benefits. It demoralises the Maoists, taints the ‘surrenderee’ in the eyes of their fellow-villagers, and counters the impression that the police are repressive. As it is, Bastar’s jails are running some 400% over capacity. Showing people as voluntarily living in police camp sounds benign compared to mass arrests, while enabling total police control. Many ‘surrendered Naxalites’ are then made to join the District Reserve Group and fight the Maoists, a life of combat from which they were supposedly escaping in the first place.

Drawing on Chhattisgarh, the Odisha police recently forced Niyamgiri Suraksha Samiti activist Kuni Sikaka to ‘surrender’ as a Maoist or else face a long jail term. The courts must intervene before ‘surrenders’ become a mass disease and destroy the basic protections of criminal law.